In the wake of the widespread unrest across the nation following the murder of George Floyd that has resulted in businesses being destroyed and other property damage, the Onion had this piece of advice from private equity specialists.

MINNEAPOLIS—Calling for a more measured way to express opposition to police brutality, critics slammed demonstrators Thursday for recklessly looting businesses without forming a private equity firm first. “Look, we all have the right to protest, but that doesn’t mean you can just rush in and destroy any business without gathering a group of clandestine investors to purchase it at a severely reduced price and slowly bleed it to death,” said Facebook commenter Amy Mulrain, echoing the sentiments of detractors nationwide who blasted the demonstrators for not hiring a consultant group to take stock of a struggling company’s assets before plundering. “I understand that people are angry, but they shouldn’t just endanger businesses without even a thought to enriching themselves through leveraged buyouts and across-the-board terminations. It’s disgusting to put workers at risk by looting. You do it by chipping away at their health benefits and eventually laying them off. There’s a right way and wrong way to do this.” At press time, critics recommended that protestors hold law enforcement accountable by simply purchasing the Minneapolis police department from taxpayers.

Also from the Onion, we have this video of a police officer describing the fear he feels every day that someone might record him brutalizing a civilian.

Some of you may recall the fun experiment that was done by the astronaut David Scott on the Moon during the Apollo 15 mission when he tested Galileo’s idea that in the absence of air resistance, a hammer and a feather would fall to the ground at the same rate.

END_OF_DOCUMENT_TOKEN_TO_BE_REPLACED 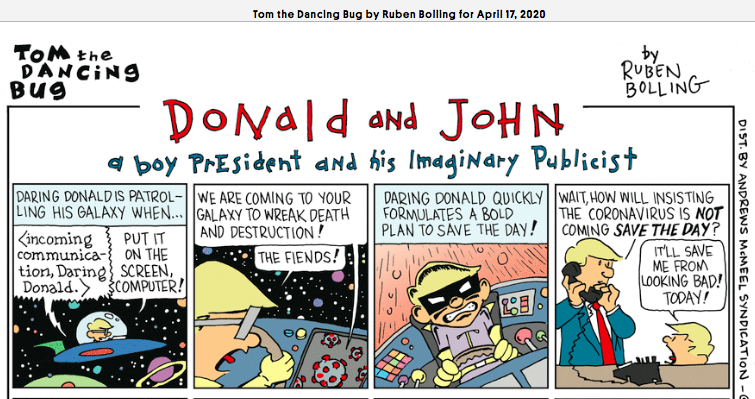 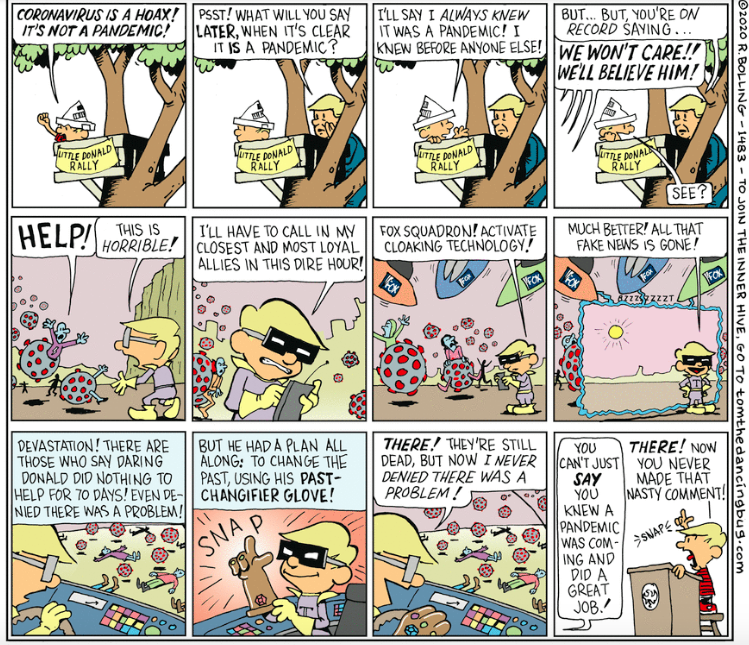 We have pretty much all had this experience at some time or other in some form. You are driving along a narrow road that has just one lane of traffic each way. The direction you are traveling in is jammed with very slow-moving traffic while the other lane for cars going in the opposite direction is empty. What do you do? If you are a normal person and not a jerk, you put it down to the vagaries of life and continue to crawl along.
END_OF_DOCUMENT_TOKEN_TO_BE_REPLACED

In a post a couple of days ago, I wrote about a Minneapolis venture capitalist Tom Austin who challenged a group of black men when they entered the gym in his office building because he felt that they had no right to be there. He told them that he was going to call the police because they were behaving in a threatening manner. It turned out that the men also had an office in the same building and thus they were perfectly entitled to use the gym. (I am calling Austin ‘Biff’ for acting like the male equivalent of a ‘Karen’, which is “a mocking slang term for an entitled, obnoxious, middle-aged white woman.”)
END_OF_DOCUMENT_TOKEN_TO_BE_REPLACED

A woman who drove through a protest in Denver on Thursday appeared to deliberately try to run over a young black man, swerving directly at him and knocking him to the ground, according to a video of the incident.

The protest was one of many that have broken out nationwide over the death of George Floyd, a black man who was killed by police in Minneapolis after an officer pushed a knee into his neck as he repeatedly said, “I can’t breathe.”

Video of the incident shows a car driving through the crowd, with the young man clutching onto the hood. He falls off the hood, landing on his feet.

The car then sharply turns, knocking him to the ground, before speeding away in the other direction.
…

A spokesperson for the Denver Police Department told BuzzFeed News it is “aware of the incident” and is “looking for the victim as well as the driver.”

Downtown denver. Some girl turned around to run this guy over #GeorgeFloyd #icantbreathe #downtowndenver #denver pic.twitter.com/eirohGGPr5

She could have easily driven off after the man fell off her hood. I hope someone had the presence of mind to get her license plate number.

This morning, authorities announced that Derek Chauvin, who was the Minneapolis police officer whose knee on George Floyd resulted in his death, has been arrested and charged with third-degree murder.

Last night, protests continued in Minneapolis by people demanding that justice be done and some of those protests turned violent with buildings being set on fire.. As is often the case, the police in the US make bad situations worse by using excessive force against people who are protesting or just covering the protests even when it is clear that they could have de-escalated the situation. Last night a black CNN reporter and his producer and camera operator were arrested while covering the ongoing protests even as they politely asked the police where they should move to avoid interfering with whatever the police were doing.
END_OF_DOCUMENT_TOKEN_TO_BE_REPLACED

You would think that given the wide publicity surrounding the recent incident where Amy Cooper, a white woman whose dog was off leash in New York’s Central Park, was fired from her job after calling the police and telling them that she feared for her life because Chris Cooper, a black birdwatcher, had told her that the area they were in required dogs to be on leashes, people would be more cautious about calling the police on black men for the most trivial of reasons.
END_OF_DOCUMENT_TOKEN_TO_BE_REPLACED

Adapting to living in isolation in the woods is not easy.

There have been large demonstrations following the death of George Floyd after a Minneapolis police officer pinned him to the ground and kept his knee on Floyd’s neck for over five minutes, despite Floyd protesting that he couldn’t breathe and bleeding from his nose. Some of the demonstrations erupted into violence and looting and the police are again accused of over-reacting.
END_OF_DOCUMENT_TOKEN_TO_BE_REPLACED