I recently watched the charming 2011 film Hugo set in 1931 about an orphaned boy who, trying to avoid being sent to an orphanage, lives secretly in a railway station in Paris in the area where the large clock tower is. The film is directed by Martin Scorsese and is quite different from the gangster films that he is famous for. A key scene involves a train whose brakes fail and it crashes through the barriers at the end of the track and out of a window before falling to the street below. The idea for this was based on an actual accident that occurred in 1895 in the Montparnasse terminal and was captured in this iconic photograph. 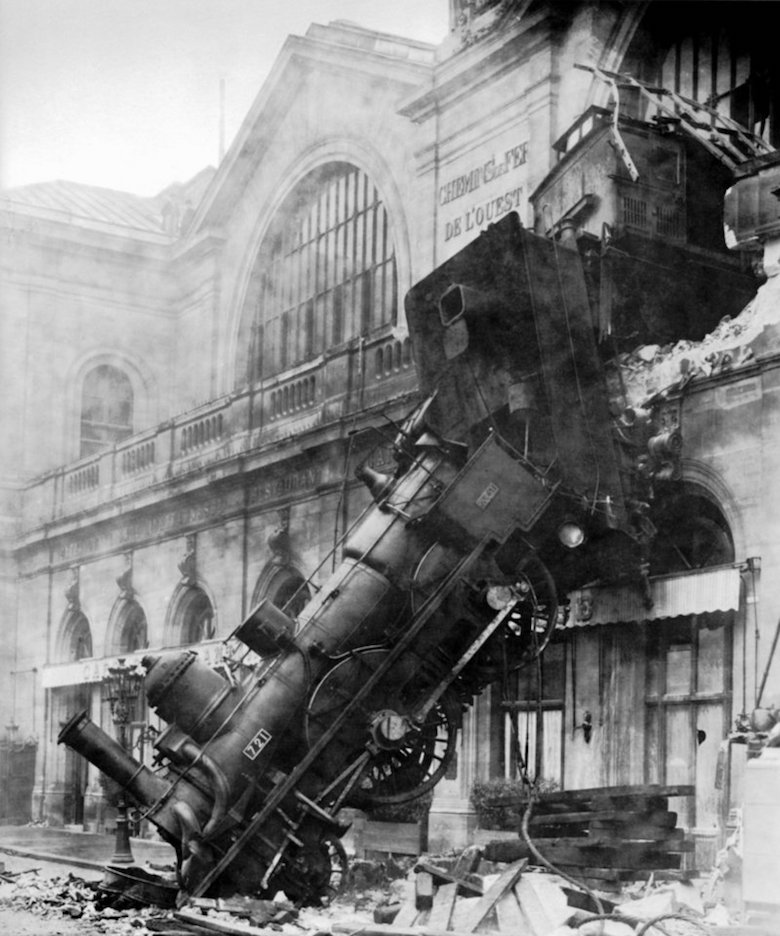 I was curious as to how this scene was filmed and a major part of it was done not purely with CGI but using actual models 1/4 the size of the original. Matthew Gratzner, the visual effects supervisor, walks us through the process.

This video shows more of the painstaking and detailed work that went into it.

To me there are still some puzzling elements such as how they wove the model footage with the real people scrambling out of the way of the train. But it was a truly remarkable piece of special effects filmmaking and it deserved the five Academy Awards it won in those categories.