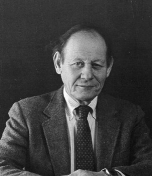 The following is a rebroadcast of the doubtcaster’s 2007 interview with the late humanist philosopher, author and activist Paul Kurtz.