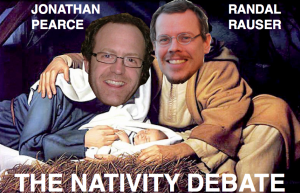 Don’t get into heated debates with your family this Christmas without first getting your facts straight. Check out this debate between Jonathan Pearce and Randal Rauser on the historical reliability of the Nativity narratives so you can impress your family by being the most informed troublemaker at the dinner table. Merry Christmas from the Doubtcasters!