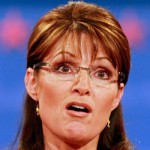 These could be interesting, unlike the rather predictable Minnesota primary. It’s Trumpkins vs anti-Trumpkins.

Also, I learned that Alaska has ranked choice voting. Why can’t the rest of the country do that?

Meetings all day long » « The most unsurprising headline ever