It’s hard to believe, but a conservative politician is now claiming Twisted Sister as an ally.

“Bummed to learn that @deesnider, the man with the perfect song written decades ago about the attack on traditional, conservative American values… ‘We’re Not Gonna Take It’ is riding the train in the wrong direction. How could it be that he sang for us but now fights for them?” he asked.

Hang on there. The Twisted Sister that the PMRC and various conservatives treated as an abomination that was corrupting the youth is now being cited as a courageous defender of the Right and the Conservative Family? Jesus. Have they even listened to the lyrics of the song?

We’ve got the right to choose and
There ain’t no way we’ll lose it
This is our life, this is our song
We’ll fight the powers that be just
Don’t pick our destiny ’cause
You don’t know us, you don’t belong

Sure. That’s definitely a Republican anthem. Dee Snider is amused.

You think i wrote a song in support of "traditional American values"? HAHAHAHAHAHAHAHAHAHA!! You funny. https://t.co/G34e1zcFrC

Poor Republicans. In their dreams, Twisted Sister, Bruce Springsteen, and Rage Against the Machine are all playing at their conventions, because they’re incapable of actually listening to the words.

We’ve come so far now that this has become representative of American family values. 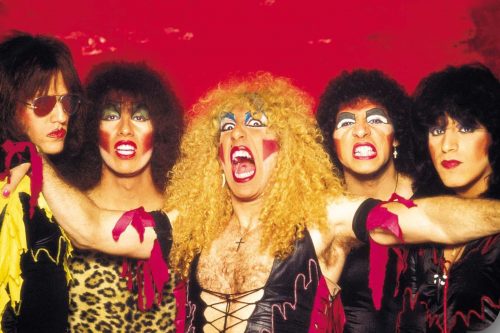