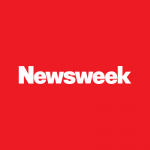 In my last post, I linked to a source in Newsweek. I should not have done that. Newsweek, like other such weekly news magazines, such as Time and US News & World Report, is garbage. It’s part of the grocery store media ecosystem, that collection of glossy magazines on racks near the checkout stand, living on impulse purchases by bored shoppers waiting in line. Newsweek is not to be trusted.

Writing in The Columbia Journalism Review last year, Daniel Tovrov depicted Newsweek, once one of America’s most distinguished magazines, as a shell of its former self. All that was left was clickbait, op-eds from the likes of Nigel Farage and Newt Gingrich, and a general sense of drift. “Nobody I spoke to for this article had a sense of why Newsweek exists,” Tovrov wrote. “While the name Newsweek still carries a certain authority—remnants of its status as a legacy outlet—and the magazine can still bag an impressive interview now and then, it serves an opaque purpose in the media landscape.”

Last week, Newsweek suggested one possible purpose: The legitimization of narratives straight out of the right-wing fever swamps. An op-ed written by John Eastman, a conservative lawyer and founding director of the Claremont Institute’s Center for Constitutional Jurisprudence, coyly suggested that Kamala Harris, who was born in California, may not be eligible to serve as vice president because her parents were immigrants. It was, as many pointed out, a racist attack with no constitutional merit, on par with the birther conspiracy theory that claimed Barack Obama was born in Kenya. Within a few hours, Eastman’s op-ed was being brandished by President Trump, who told reporters he had “heard” Harris may not be eligible to serve.

I’ll avoid them more thoroughly in the future.