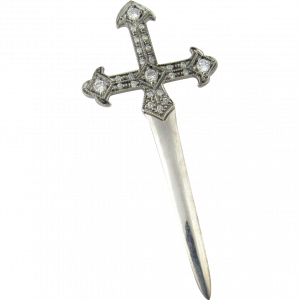 I know Christopher Hitchens’ motto was that religion poisons everything, but maybe we should be smarter about parceling out the blame. Here’s a fascinating thread by Jane Carnall about the history of splitting out the “T” in “LGBT”. In Scotland, the alliance of lesbian, gay, bisexual, and transgender people was basically taken for granted; in the US, the hate campaign against gay marriage was stopped cold by a Supreme Court decision. The Religious Right needed a new way to spew venom over non-cis non-heterosexual people, and they consciously decided that one way way would be to splinter the alliance.

So in 2017, at the Values Voter Summit held by the FRC (Patriarchy Research Council), they said it explicitly.

As Right Wing Watch also mentioned in their coverage of the same panel, a trend emerged during the session, as various speakers wrapped their opposition to nondiscrimination measures in rhetoric passing as progressive: transgender rights were depicted as anti-feminist, hostile to minorities and even disrespectful to LGB individuals. This seems to be part of a larger strategy, meant to weaken transgender rights advocates by attempting to separate them from their allies, feminists and LGBT rights advocates.

In her presentation, Kilgannon [a conservative activist] mapped out three non-negotiables in the fight against the so-called gender identity agenda, a conspiracy theory touted by anti-LGBT groups that disavows sexual orientation and gender identity. The first is to “divide and conquer. For all its recent success, the LGBT alliance is actually fragile and the trans activists need the gay rights movement to help legitimize them.” In other words, separate trans activists from the gay rights movement, and their agenda becomes much easier to oppose. As Kilgannon explained, “Trans and gender identity are a tough sell, so focus on gender identity to divide and conquer.” For many, “gender identity on its own is just a bridge too far. If we separate the T from the alphabet soup we’ll have more success.”

I’m rather impressed at how readily the Religious Right adopted feminist rhetoric to use against the open, tolerant views of LGBT feminists. Strategically it’s brilliant, even if it is hypocritical and morally repugnant, since they hate LGBs as much as they do Ts. They are consciously allying with a group they plan to stab in the back, once LGBT unity is weakened.

Kilgannon identified a wide coalition of potential allies outside the Christian Right who could confront trans friendly measures. Here’s her advice on how to draw them in:

Explain that gender identity rights only come at the expense of others: women, sexual assault survivors, female athletes forced to compete against men and boys, ethnic minorities who culturally value modesty, economically challenged children who face many barriers to educational success and don’t need another level of chaos in their lives, children with anxiety disorders and the list goes on and on and on.

The list could almost read like a manifesto for intersectionality, if it weren’t for its exclusion of some key groups, most notably transgender people themselves.

For Kilgannon, an example of effective coalition building includes the Hands Across the Aisle Coalition (HATAC), a group that unites religious and non-religious women to oppose transgender rights.

Let’s not forget that the Religious Right had reciprocal assistance from TERFs.

In many ways, there are possible allies to this pivot toward anti-trans secular movements: trans-exclusionary radical feminists, dubbed TERFs by some activists, have made waves in recent years. Some TERFs have reclaimed the term and redubbed themselves PERFs, penis-exclusionary radical feminists. Their rationale is that people who are assigned male at birth can never experience the same conditions as women do, and still hold on to their male privilege. (The latter becomes harder to prove in the face of the discrimination experienced by trans and gender non-conforming people.) As reported by Political Research Associates, trans-exclusionary feminists “may actually be guilty of drafting [the Christian Right’s] talking points, adding fuel to the fire of this dangerous anti-trans frenzy.”

I feel clarity coming on, like a nice cool draft of water. The barbarians who want to destroy our civilization and remake it in the stifling raiment of theocracy hate me for my atheism and science, despite the fact that I’m conventionally cis and hetero. They hate my friends who might be gay, or trans, or anti-authoritarian, or black, or liberal Christians, or Muslim, or any other that doesn’t conform to their views, and they are having remarkable success at picking off one narrow demographic at a time and weakening the bonds of our unity. We should know better here in the US, where the Religious Right has used single-issue rhetoric like an icepick against the body politic, splintering us into deeply divided blocs that they can manipulate. They’ve been using abortion, for instance, as a tool to get people to vote against their own interests, and now they’re gearing up to use anti-trans ranting to break us up further.

Stand strong, everyone. Don’t let disunity allow the Robertsons and Falwells and Copelands and all the other parasites to win.