When Troy Faulkner chose to charge into the capitol insurrection and smash in a window, he made an interesting choice in apparel. 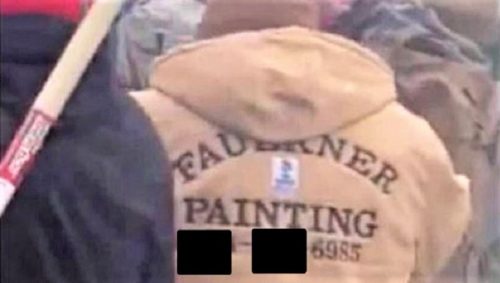 Yeah, that’s his business phone number printed boldly on his back.

Bill Gates ain’t gonna need to put tracking chips in our vaccines. I’m going to paint my face like a Mondrian and wear a sack and leave my phone at home when I decide to commit treason.

Facebook is irresponsible, Zuckerberg deserves to rot in hell » « The Christian Right poisons everything