If you asked me to come up with a unified theory to explain chemtrails, 5G and vaccine paranoia, assassinations, and COVID-19, I would be hard-pressed to do so. When all the gears in your mind have been stripped, though, it is apparently easy to just press everything together in a mish-mash of conspiracy theories. 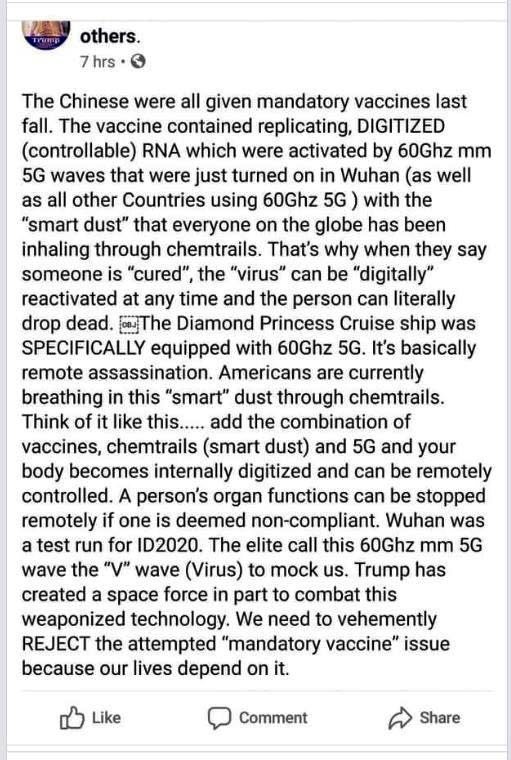 Wow. I’ve got all kinds of ideas for how to do interesting science with “DIGITIZED (controllable) RNA”. Can I have your protocol?

I’m home at last » « Get on the Grandmaphone and get her here right now!