Yesterday was Morris’s Prairie Pioneer Days parade, one of those small town events where local people cruise slowly down main street to praise small town virtues, like, you know, royalty. 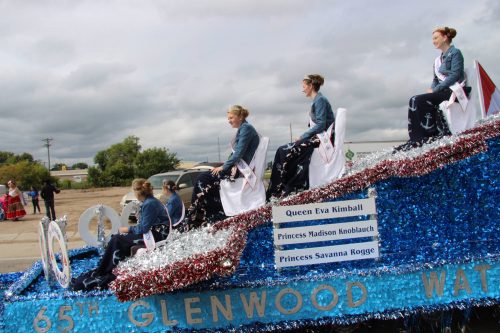 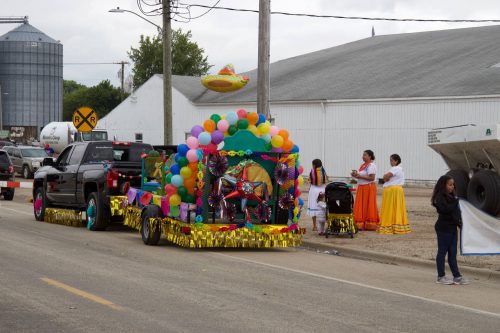 (The restaurant Mi Mexico had the best float, I think: gorgeous costumes, people dancing, great music. Mostly what we had was some guy in a pickup truck with a sign glued to the side.) 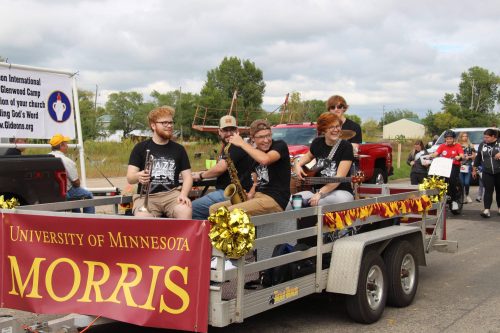 I had joined with some of our students who were marching to advertise a climate action event. This was their float. 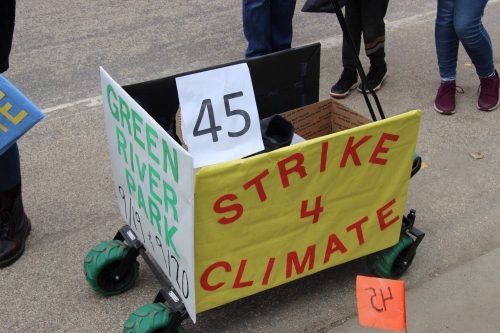 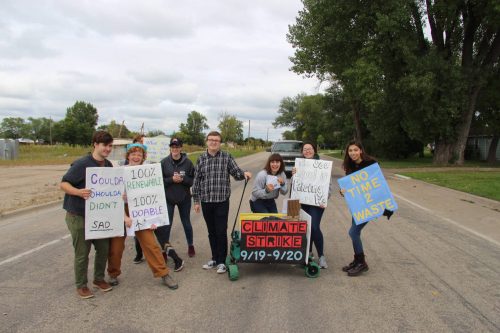 I know, it was a little green wagon that they pulled down the street. We were surrounded by the local Chevy dealership, our regional Republican assholes (Jeff Backer and Torrey Westrom) and these guys: 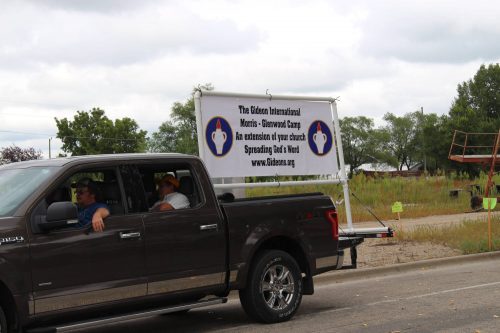 It was kind of creepy, actually, that while we were waiting in the pre-parade lineup, these guys were sitting in their truck, staring at us, looking like they wanted to teach us a lesson or two. We ignored them, and just had a grand time going down the street handing out candy to kids and giving them flyers about our plans.

And what where those plans? I think a lot of young people are inspired by Greta Thunberg, who has said “Our house is on fire – let’s act like it.” They’re planning a Global Climate Strike, with our own implementation here, with a West Central MN Climate Strike. They want us to go on a general strike, just shutting down all that we can (especially classes) on 19-20 September.

I can do that. I will do that. Will you?

Do it for the youth. 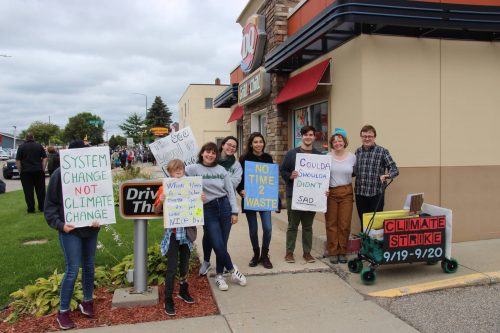 How the repulsive have fallen » « Prophets of Doom vs. Scientists with a Plan