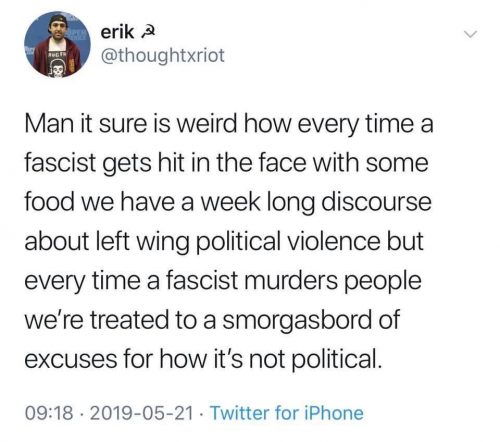 It could be worse. I’ve noticed that all the centrists shut up for a week after the fascists murder someone and never discuss it at all, for some reason. So at least there’s a way to silence one group contributing to the discourse.

Unfortunately, that one group gets twice as vocal when someone gets dampened by a milkshake.

Acosta resigns » « So, what is a racist then?