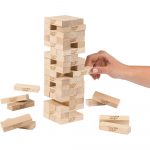 An analysis of sedimentary deposits laid down in the times bracketing the Permian extinction reveals something a bit unsettling: the Earth’s biota was thriving and doing just fine right up to the sudden end, and then almost all species abruptly kicked the bucket in a geological flash.

The end-Permian mass extinction, which took place 251.9 million years ago, killed off more than 96 percent of the planet’s marine species and 70 percent of its terrestrial life—a global annihilation that marked the end of the Permian Period.

The new study, published today in the GSA Bulletin, reports that in the approximately 30,000 years leading up to the end-Permian extinction, there is no geologic evidence of species starting to die out. The researchers also found no signs of any big swings in ocean temperature or dramatic fluxes of carbon dioxide in the atmosphere. When ocean and land species did die out, they did so en masse, over a period that was geologically instantaneous.

So what could have caused the sudden, global wipeout? The leading hypothesis is that the end-Permian extinction was caused by massive volcanic eruptions that spewed more than 4 million cubic kilometers of lava over what is now known as the Siberian Traps, in Siberia, Russia. Such immense and sustained eruptions likely released huge amounts of sulfur dioxide and carbon dioxide into the air, heating the atmosphere and acidifying the oceans.

Complicating matters, though, is that these eruptions proceeded for a long time before, during, and after the mass extinction, so it seems that life persevered until it reached an abrupt breaking point, and then ecosystems collapsed.

“We can say there was extensive volcanic activity before and after the extinction, which could have caused some environmental stress and ecologic instability. But the global ecologic collapse came with a sudden blow, and we cannot see its smoking gun in the sediments that record extinction,” Ramezani says. “The key in this paper is the abruptness of the extinction. Any hypothesis that says the extinction was caused by gradual environmental change during the late Permian—all those slow processes, we can rule out. It looks like a sudden punch comes in, and we’re still trying to figure out what it meant and what exactly caused it.”

“This study adds very much to the growing evidence that Earth’s major extinction events occur on very short timescales, geologically speaking,” says Jonathan Payne, professor of geological sciences and biology at Stanford University, who was not involved in the research. “It is even possible that the main pulse of Permian extinction occurred in just a few centuries. If it turns out to reflect an environmental tipping point within a longer interval of ongoing environmental change, that should make us particularly concerned about potential parallels to global change happening in the world around us right now.”

This is why we need a big-picture perspective of our planetary environment. It’s like a game of Jenga — we keep knocking out little bits and pieces (or species or biomes) and congratulating ourselves that the tower is still standing, but eventually we’ll reach the point where one last insult causes everything to topple. Then, I’m sure, there will be people lying in the rubble, wondering why they’re starving or dying of disease or watching the natural catastrophe rolling in their direction, and they’ll be totally surprised by it all.

All those moments will be lost in time, like tears in rain…and Krauss wept and released a dove » « Don’t you worry your pretty little head about Lawrence Krauss