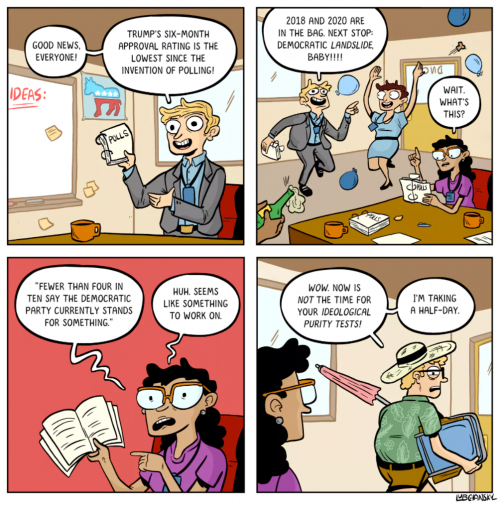 Inaccurate. The Democrats would sit down, scribble up some half-assed slogan, and then they’d take a half-day off at the beach.

It is correct in illustrating the white guys ignoring the brown person with objections, though.

(Note also: if they had just gotten their asses kicked in an election, they’d also ignore the brown person and take a half-day off at the beach, so this is kind of a universally applicable cartoon.)

Dumb and dumber » « I AM OUT OF CONTROL