I know I don’t have a good reputation for politeness, but finally I see some good advice from Miss Manners. 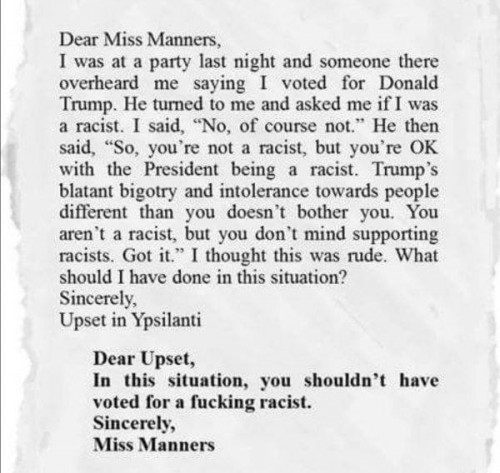 I’m sure Miss Manners would approve of this letter » « If you’ve done evil once, you’re allowed to do it some more