“Myers” is an odd name; not only can nobody spell it, but its origin is a little murky. My own family is no help at all, because apparently my father’s side emigrated to the US sometime in the 17th century and then spent the next few hundred years wandering around and completely forgetting where they came from. I had a vague notion that they came out of the UK somewhere, with some Scots/Irish admixture, but the name itself…who knows?

So I plugged “Myers” into this database of name frequencies in the UK, and it spat back a map of where that name has an above-average likelihood of occurring. 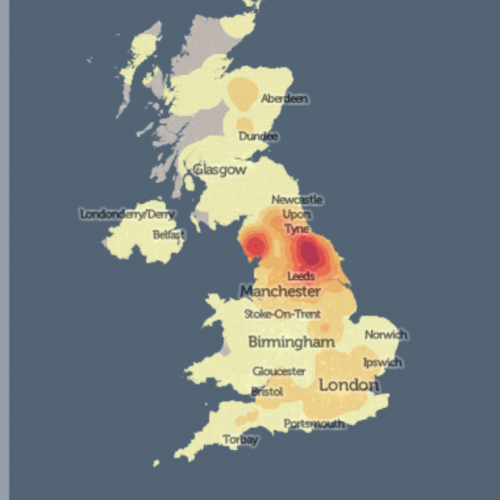 Yorkshire and the Northwest? Really? I’m going to have to work on my accent.

You say you’re a fan of social justice? » « Bad arguments are bad arguments the world over