The giant cuttlefish fades and dies after mating. Somehow they maintain a little dignity in dying. 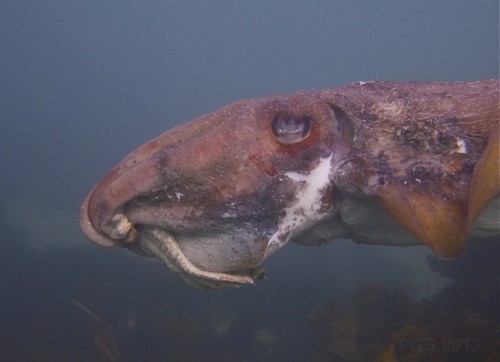 We could learn a lot from a dog » « Jurassic World, David Peters, and how to rile up paleontologists