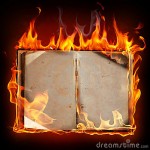 You can talk about the Nye/Blackburn debate here » « Free CONvergence passes!