Freddie Mercury was born Farrokh Bulsara in Zanzibar (a country which no longer exists, now part of Tanzania) on September 5, 1946.  He would have been 75 this year. Instead, on November 23, 1991, after years of media speculation, he announced that he had contracted AIDS. He died the next day, November 24, 1991, thirty years ago today.

Freddie Mercury’s heartbreaking AIDS statement the day before he died

It was just 24 hours before his death that Queen frontman Freddie Mercury finally admitted to the world that he had been diagnosed with AIDS.

The singer of the rock band Queen – one of the biggest-selling groups of all time – released his statement on this day in 1991.

In the heartbreaking message, he said, “Following enormous conjecture in the press, I wish to confirm that I have been tested HIV positive and have AIDS.

“I felt it correct to keep this information private in order to protect the privacy of those around me.

“However, the time has now come for my friends and fans around the world to know the truth, and I hope everyone will join with me, my doctors and all those worldwide in the fight against this terrible disease.”

A child of Persian emigres from Iran, Mercury was born in Africa but educated in India. He spent almost the entire year during his education separated from his family, which led to his fascination with pop music.  And likely because of constant correspondence with his family, he became an avid stamp collector.  He performed in school musical numbers before moving to England for university where he met Brian May and Roger Taylor to form Queen.

Here are a few collections of stories about him and his life:

Freddie Mercury: The life story you may not know

As I mentioned in June, Mercury wasn’t the only high profile celebrity who announced he had HIV in November 1991.  Two weeks prior to Mercury’s announcement, Magic Johnson said that he had HIV.  That month became a watershed moment in the public’s attitude towards the disease.  If people that famous could get it, then anyone could.  The biggest effect their announcements had was to change the public’s attitude both towards people with the disease and people who aren’t cishetero binary.  Many who were fans of either or both changed their words and reduced or stopped their hate speech when it was one of their heroes.

For nearly 20 years I lived vicariously through Freddie Mercury and The Cramps while closeted and unable to express myself or love men the way I wanted to. Without people like them in the world saying “You’re not the only one”, I might have committed suicide decades ago. I owe them a huge debt of gratitude. I’m sure there are many others who feel the same. 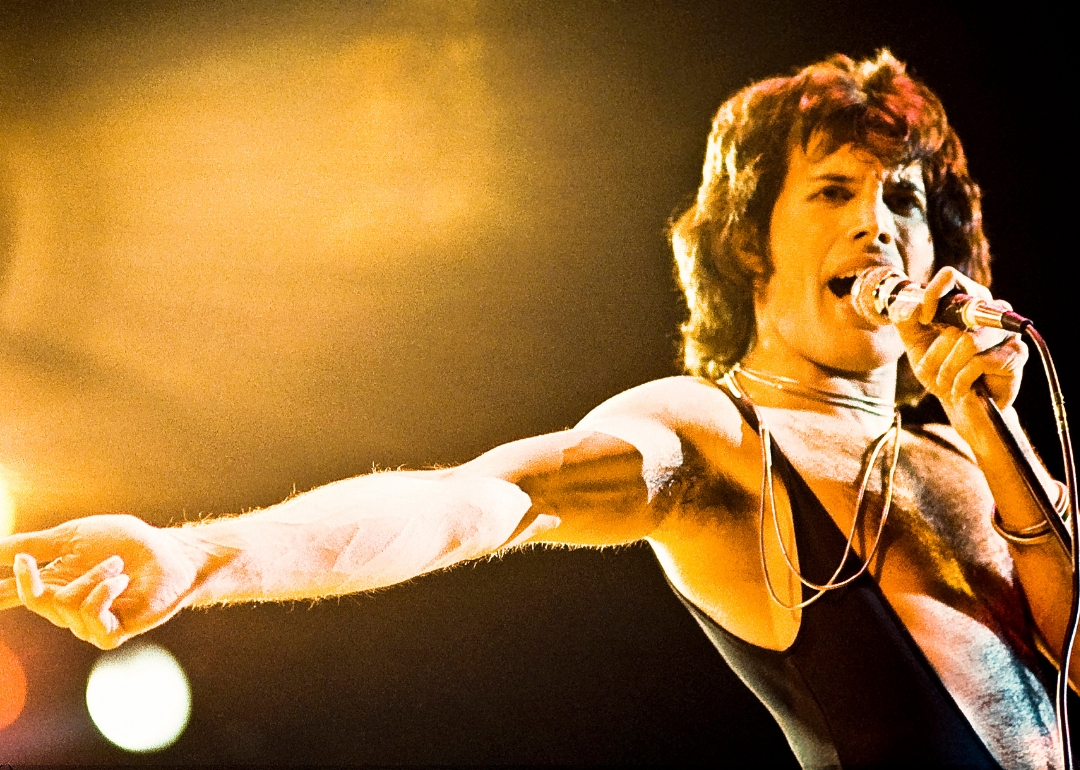 A little more comes below the fold.

These are my favourite songs penned by Freddie Mercury, I don’t care about best.  The two at the top are the ones that matter most to me, the rest in alphabetical order.  All the songs can be heard on Queen’s official youtube channel:

Killer Queen (Sheer Heart Attack): If any Queen song speaks to me and I could call mine, it’s this except that I’m not a call girl.  I’ve loved it since I first heard it when I was seven.

The Fairy Feller’s Master Stroke (Queen II): Mercury was obsessed with Richard Dadd‘s painting of the same name which hangs in the Tate Gallery in London.  If you listen to the lyrics, Mercury describes the painting in minute detail in under three minutes.  It’s magical.

Bicycle Race (Jazz): The humour and sarcasm are wonderful, pure Freddie.  He came up with the song when the Tour de France passed by his hotel while the band was on tour.

Death On Two Legs (A Night At The Opera): A song written in venomous anger about the band’s former manager, Norman Sheffield, who had ripped them off.  Despite never being named in the song, Sheffield managed to win a “defamation” settlement from the band (thanks to England’s ludicrous libel laws).

Don’t Stop Me Now (Jazz): If you don’t know the song, you haven’t lived and have no emotion.

I’m Going Slightly Mad (Innuendo): Mercury’s last song, full of humour and sarcasm, written about insanity while he was still holding himself together as AIDS ravaged his body.  How fitting.

Lazing On A Sunday Afternoon (A Night At The Opera):  A silly song, but so much fun in 75 seconds.

Ogre Battle (Queen II): While everyone talks about 1975’s “Bohemian Rhapsody” and Queen using the studio as a musical instrument, it was Queen II where they learnt how to do it.  Brian May’s multitracked guitar created the instrumental track “Procession” (“no synthesizers”, as Queen said on their first seven albums).  “Ogre Battle” may be the only ‘palindromic’ song in existence, a thirty second stretch of music at the beginning and end that sounds the same forwards and backwards. This song and album should be on every Dungeons and Dragons player’s playlist.

Play The Game (The Game):  Despite being one of my least favourite albums, this stands out.  I love the near orgasmic emotional build up, released after near screaming “Play the game!” while May’s guitar and Taylor’s drums hammer in the background.

Seven Seas Of Rhye (Queen II): The song appeared on their first album as a short instrumental, then as a full song on the second.  It’s fast, it’s fun, it’s exciting.

One thing most people don’t know about Queen is how democratic and deep they were at songwriting.  Freddie Mercury only wrote about a third of the band’s songs, Brian May another third, and Roger Taylor and John Deacon each wrote one sixth.  All four members wrote a number one hit single by himself, the only group that can claim that achievement.

I Try To Walk Away: But traffic terrorism keeps following me » « The Infection Spreads: Anti-masker violence is here