Lux Interior was born Erick Lee Purkhiser on October 21, 1946, seventy five years ago, and died of aortic dissection (ruptured) on February 4, 2009.  He was a Punk Rock singer and along with guitarist Poison Ivy Rorschach (Kristy Marlana Wallace) were the co-founder of The Cramps.  There weren’t just bandmates, they were married for more than thirty years until his death. 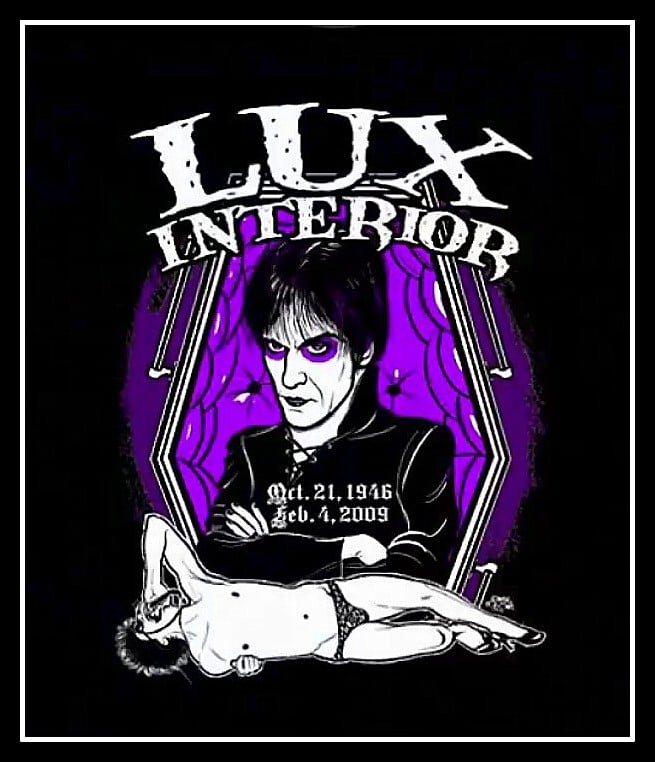 The Cramps described their music as “Psychobilly”.  It was a mix of 1950s Rockabilly with Blues, Punk and a Goth aesthetic.  Both Interior and Rorschach were fans of trash culture.  Their music never change in nearly forty years of recording, and yet they managed to never repeat themselves or become tedious, which is a feat unto itself.  From youtube:

“Creature From The Black Leather Lagoon”

“Naked Girl Falling Down The Stairs”

But it’s not just the music that appealed to me.  These are/were people who were unrepentant, unafraid, and unashamed of being openly outrageous, of not caring about social norms, of wearing and doing what they wanted every single day.  They lived their lives the way we all should.  They made Freddie Mercury (another of my heroes) look bashful by comparison.

Ingrid Jenson wrote an item for PleaseKillMe.com called “LUX INTERIOR: WHERE ON EARTH DID YOU COME FROM?”  In it she talks about her reactions and feeling to learning of Lux Interior’s life, someone who died years before she was aware of him.  She includes the quote below which I have to admit sums up not just Lux Interior’s life or my other heroes, but my own, my closest friends, and the people I know of who are the most genuine.

“Each one of us, in his timidity, has a limit beyond which he is outraged. It is inevitable that he who by concentrated application has extended this limit for himself, should arouse the resentment of those who have accepted conventions which, since accepted by all, require no initiative of application. And this resentment generally takes the form of meaningless laughter or of criticism, if not persecution. But this apparent violation is preferable to the monstrous habits condoned by etiquette and estheticism.”

Better to rule in the heaven you make than serve in hell.  We need heroes to tell us that there are other people just like ourselves, and to encourage us to be who we truly are.

When we’re pre-teen kids, our whole world is home, school, and probably religion.  We’re not “taught societal norms”, they’re inflicted on us.  We’re told, “These are the only options, the only ways to live.  If you don’t fit in, you’re either weird, crazy, immoral, or criminal.  And we’ll do something to you to make you fit.”  Because we have no other experience, we accept it, even when we know it’s wrong.  It becomes a prison and is mentally damaging to those who can’t and don’t.

In our teens, we start experiencing and learning about a larger world, start finding our own likes and dislikes, our preferences in music, literature, culture.  And if you’re different from everyone else, you might get lucky and learn about things that speak to you, hear about people who are just like yourself.  You realize for the first in your life, “I’m not the only one.”  You realize you’re not “crazy”, “immoral”, or “weird”.  What you are is isolated, that there are many more people like yourself, you just don’t happen to live in the same place.

I call this the “one in a thousand” rule.  If your world is only a thousand people and you’re different, you feel isolated and afraid.  But when you realize you’re eight million out of eight billion, it changes your world.  It tells you that you’re normal, and those who say you’re not are the ones who are wrong.  You’re still one in a thousand, but you realize the problem is not you.  The problem is finding others like yourself.

For kids today with the internet, it’s a lot easier to find communities and support, to find others like themselves.  For anyone over 40, the door to the world was pop culture (I was born in 1967).  But both doors can be closed and blocked by your captors and abusers (vis-a-vis, the death of Leelah Alcorn).

Finding others like yourself is vital to your mental health, social ability, and even your survival.  I might not be alive without some of my heroes telling me there were others just like me out there somewhere.  Music, literature, films, athletes, and comics (and Hallowe’en) literally saved my life, and probably the lives of many others.  Listen to Henry Rollins talk about his admiration for The Cramps.

There are a few pics below the fold.

This pretty much sums up their stage persona: 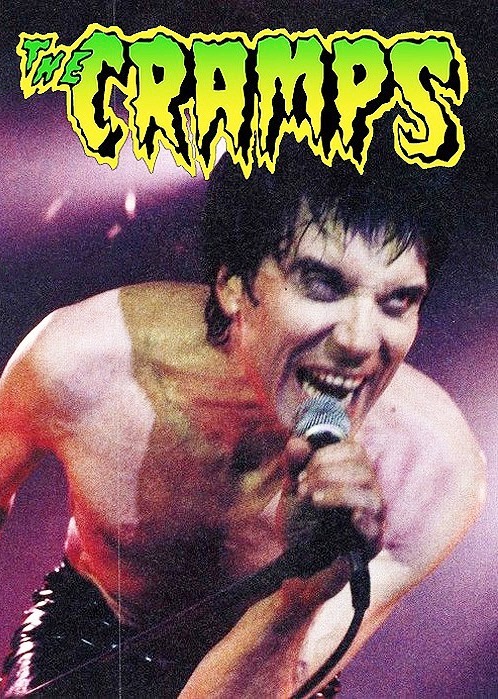 It’s hard to believe this was his high school photo.  You should see the early 1970s pic of him with a hippy haircut and beard, very Lennon-ish. 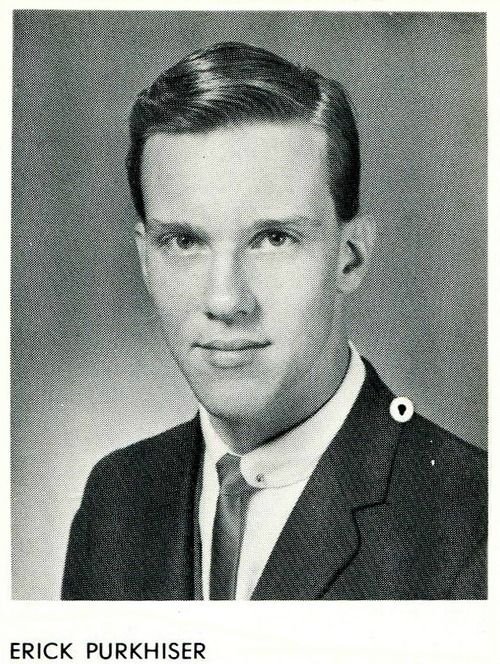 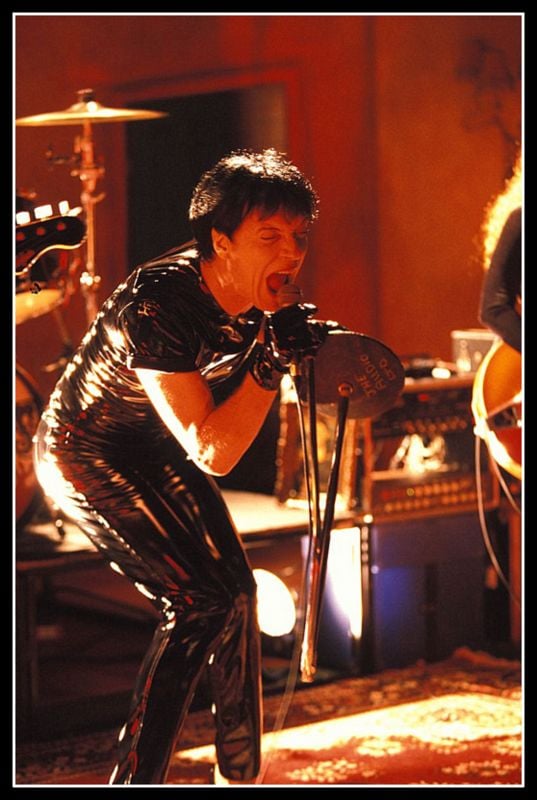 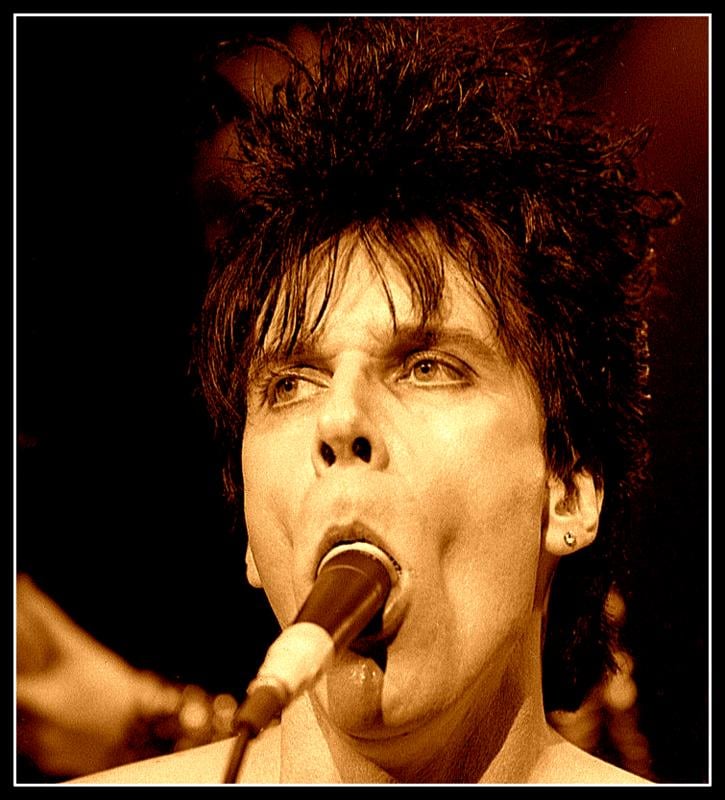 A publicity photo of Lux and Poison Ivy for the band: 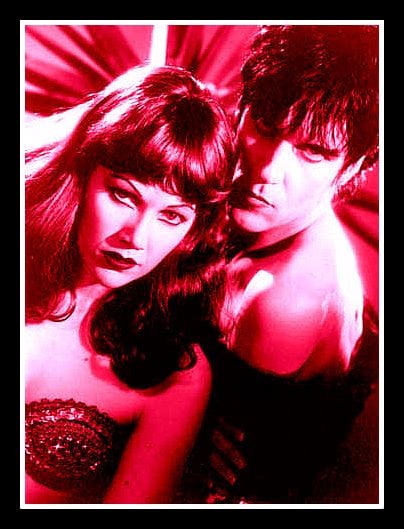 And a pic of them living normal lives, still not caring what anyone thought. 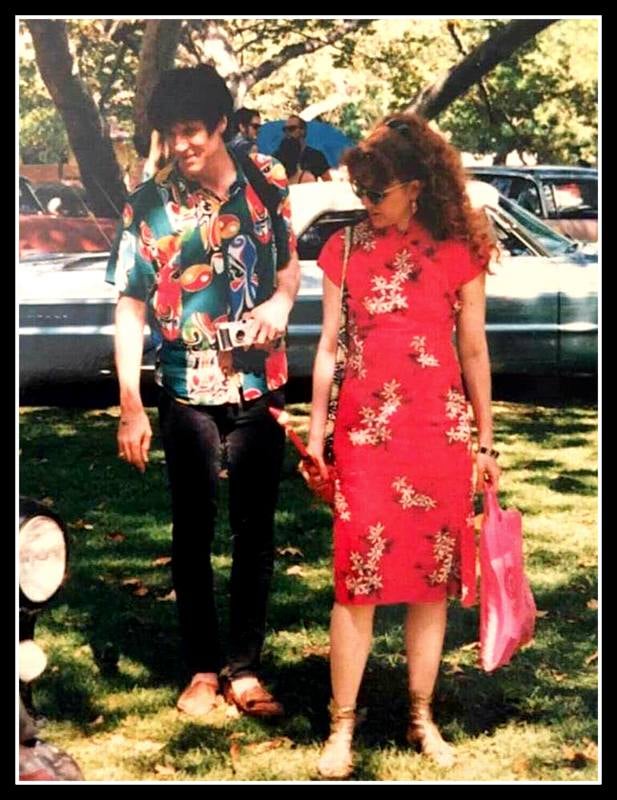 Walls Fall Down: Another day, another earthquake » « Do My Eyes Deceive: Or does JD Vance look like Justin Harris?