Taiwan’s Centre for Disease Control has been amazingly successful in keeping COVID-19 at bay.  It helps that they had a plan in place long before the outbreak, and the general population listened when the CDC set rules and guidelines.  The result is life here has gone on as normal.

(It’s so normal that we’re having concerts.  Green Day is coming to Taipei in March.  If I get a ticket, I am definitely taking the Tuesday off to go see them.)

Part of the success has been the messaging, clear guidelines that people were willing to follow.  But like anywhere else, COVID-19 fatigue is setting in with some people, including me.  I often go to the nearby park and other places where I don’t have to wear a mask, I’m so tired of wearing them (and my ears hurt).

To combat the fatigue and keep people’s interest, the CDC commissions a local artist named Chiyou (蚩尤) to create a calendar, one month for each of twelve diseases.  When I first looked, I thought, “What a bizarre idea, how is that going to help?” 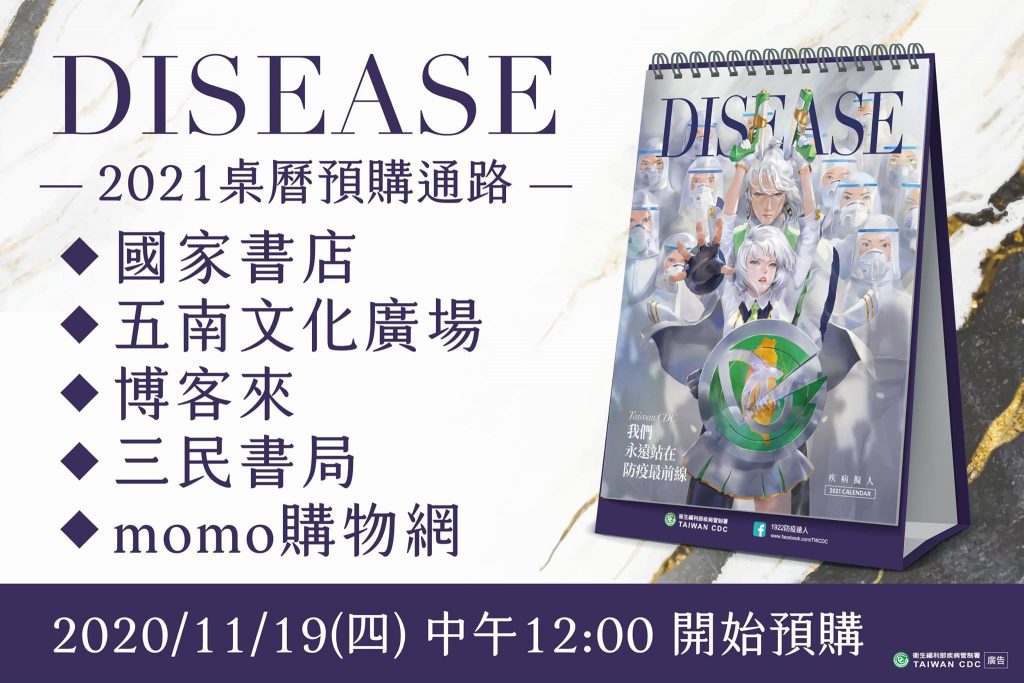 Then I got to Hepatitis, Ebola, the Plague, then the others.  And it began to make sense.  The calendar is actually a great idea, and the art doesn’t minimize the dangers of disease despite the personification of each with an artwork.  More images below the fold.

Here are a few of the pictures from the calendar.  The one for MERS (not shown) plays up the Middle Eastern stereotype too much, but aside from that most evoke diseases brilliantly.  One disease missing is Dengue Fever.  More die of Dengue annually than people who have died of COVID-19. 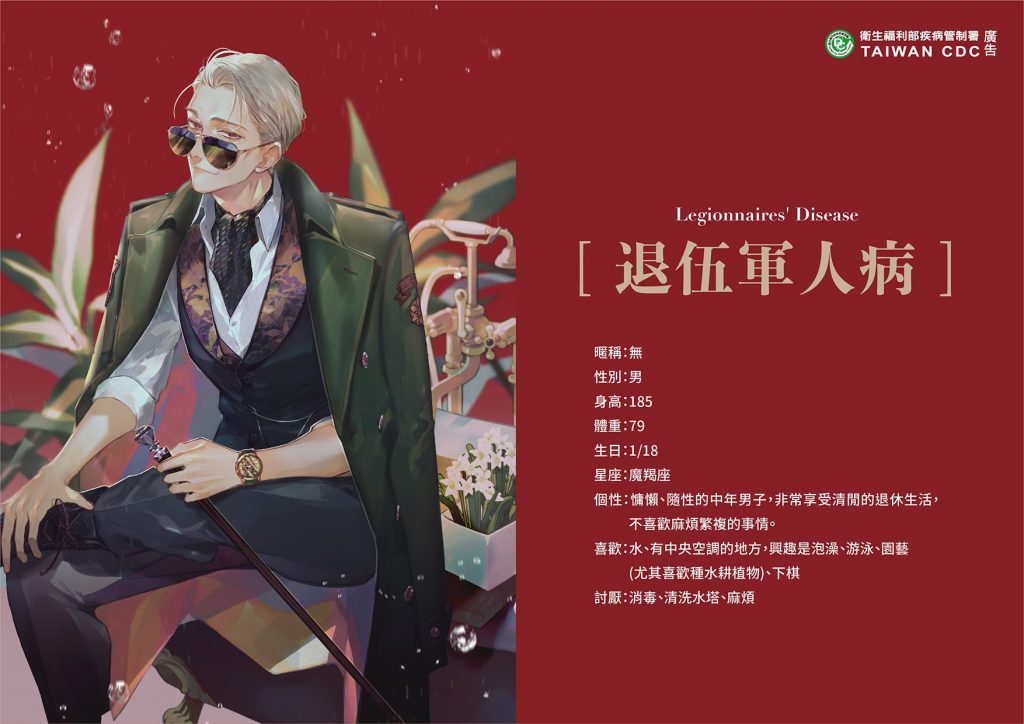 Syphilis was first transmitted from sheep or cows to humans. 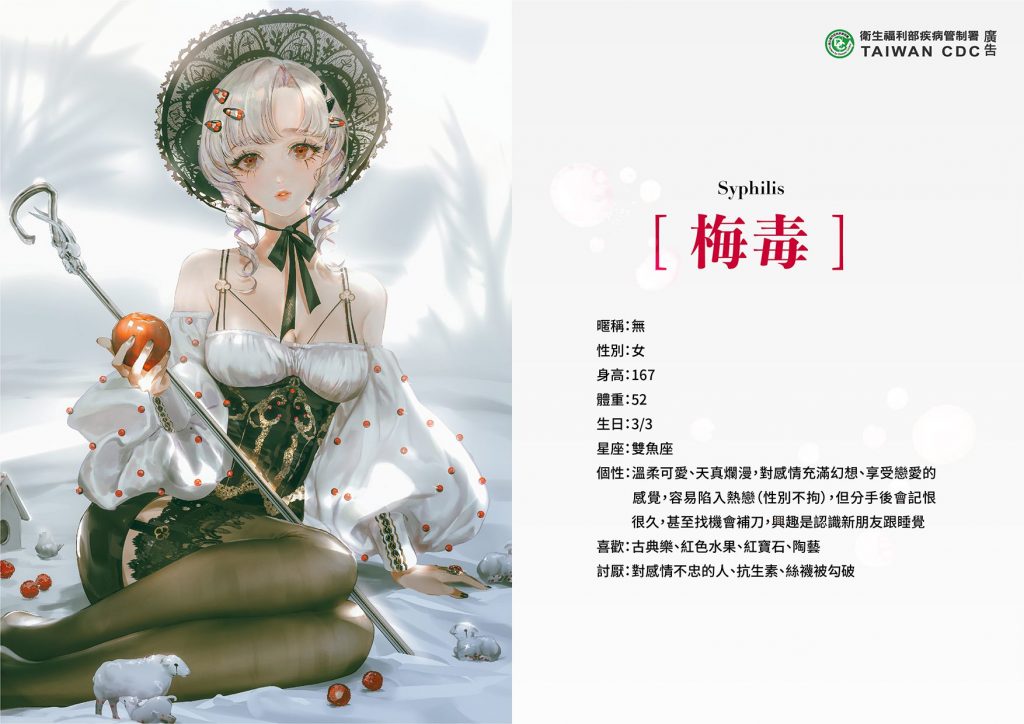 A pomegranate to infer to Rubella‘s red spots.  Brilliant. 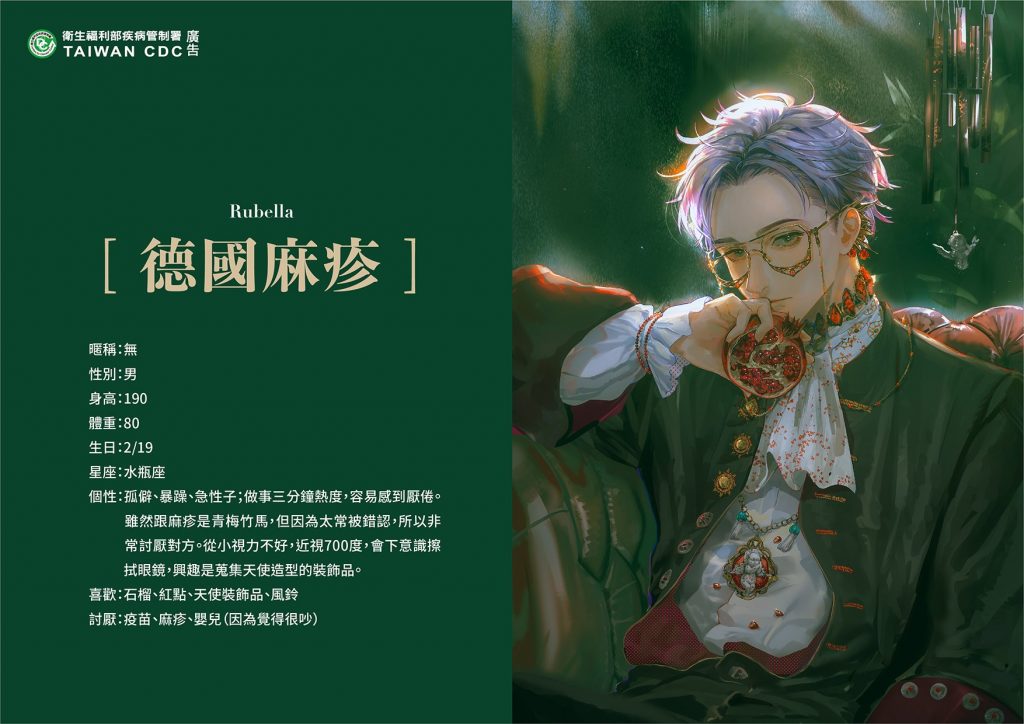 A new and hard to stop disease.  The “chinese coronavirus” wasn’t necessary, though. 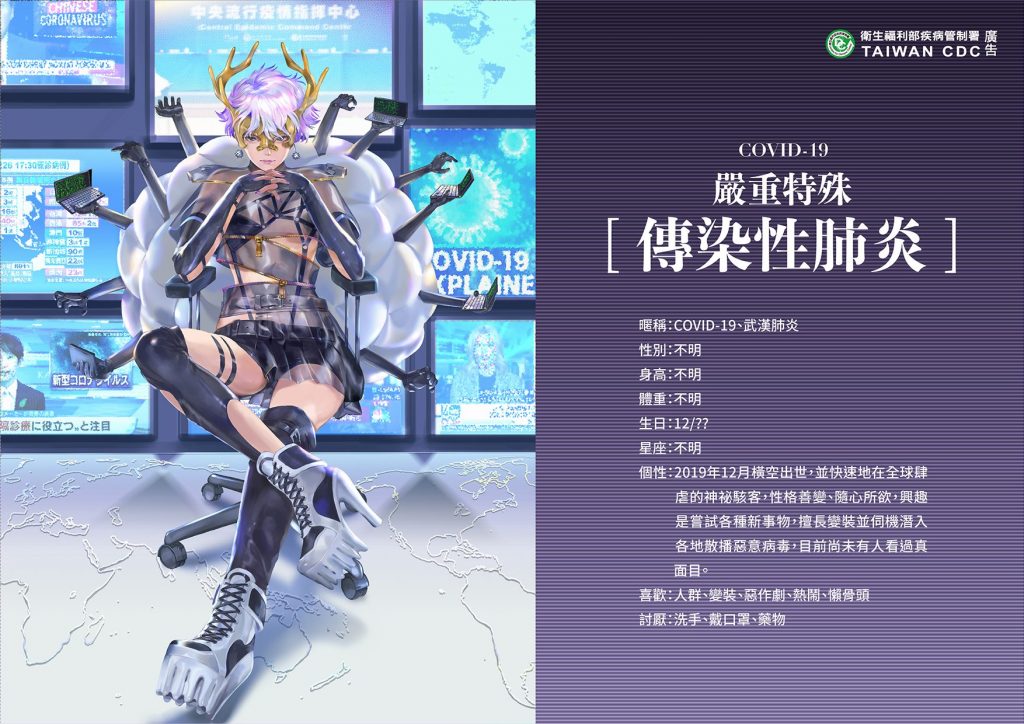 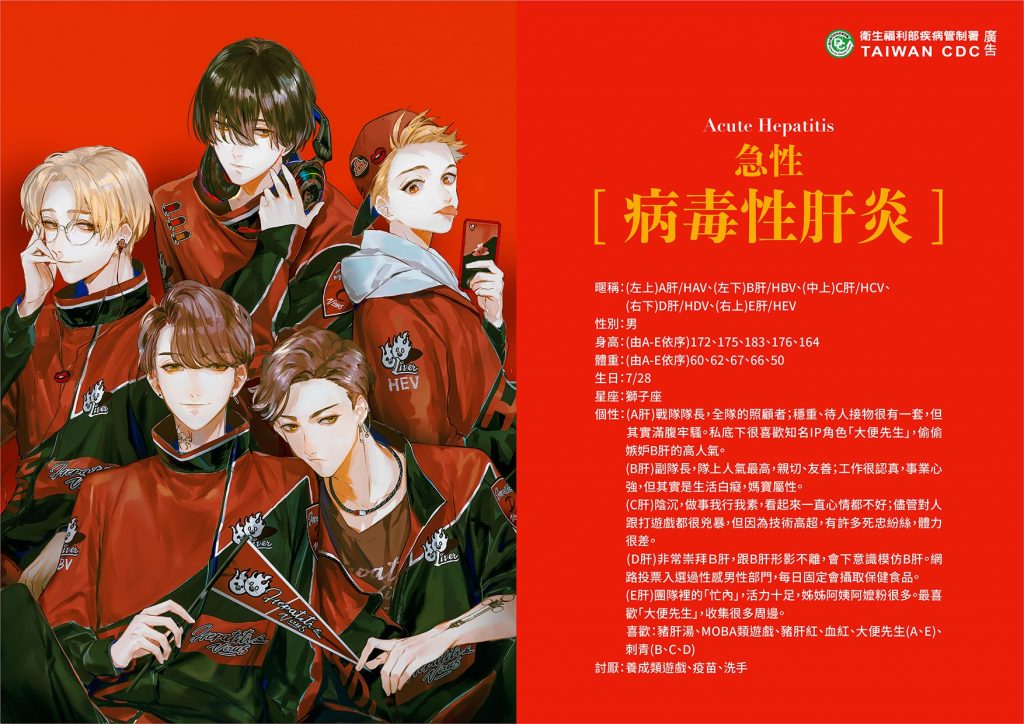 Ebola.  Doesn’t the red say it all? 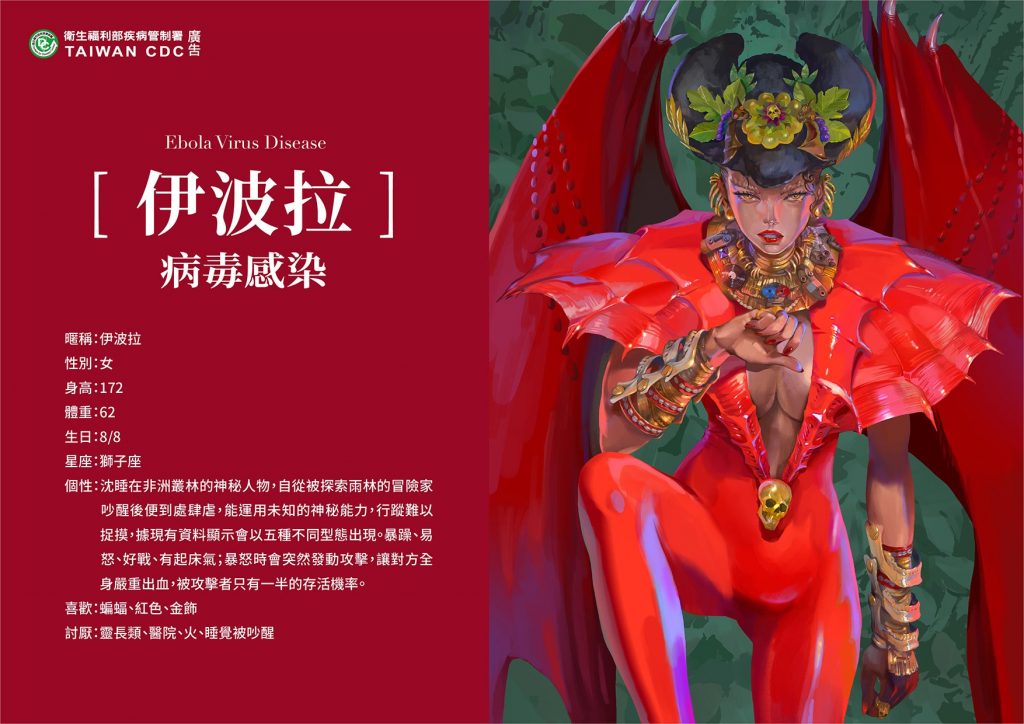 Quarantine is often the best way to combat disease. 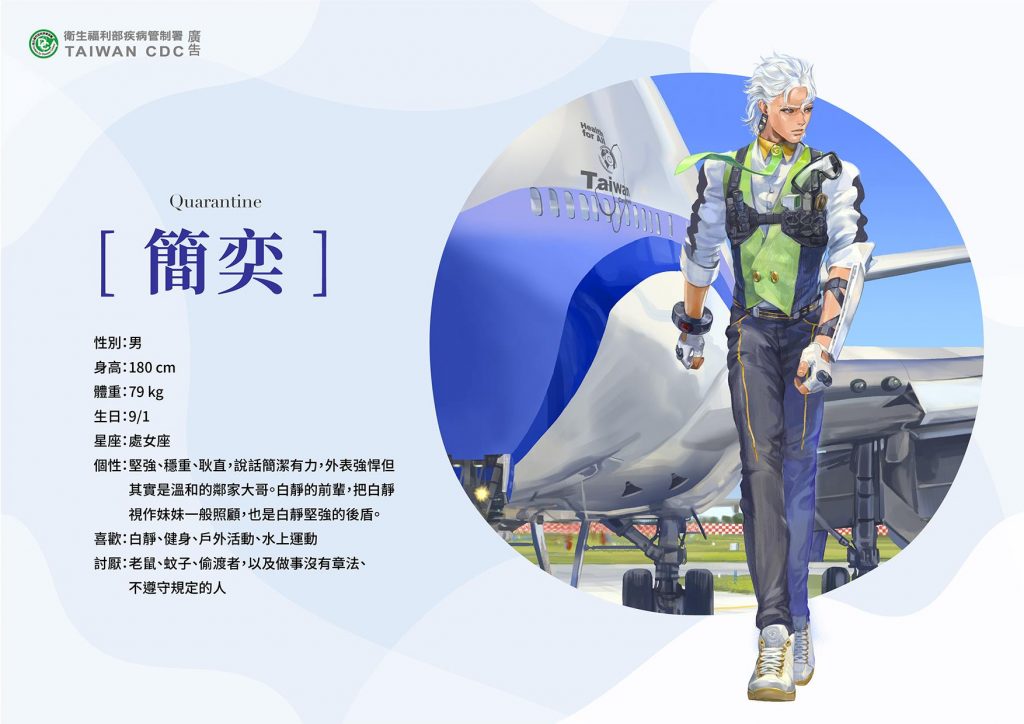 Chikungunya fever is transmitted by mosquitos. 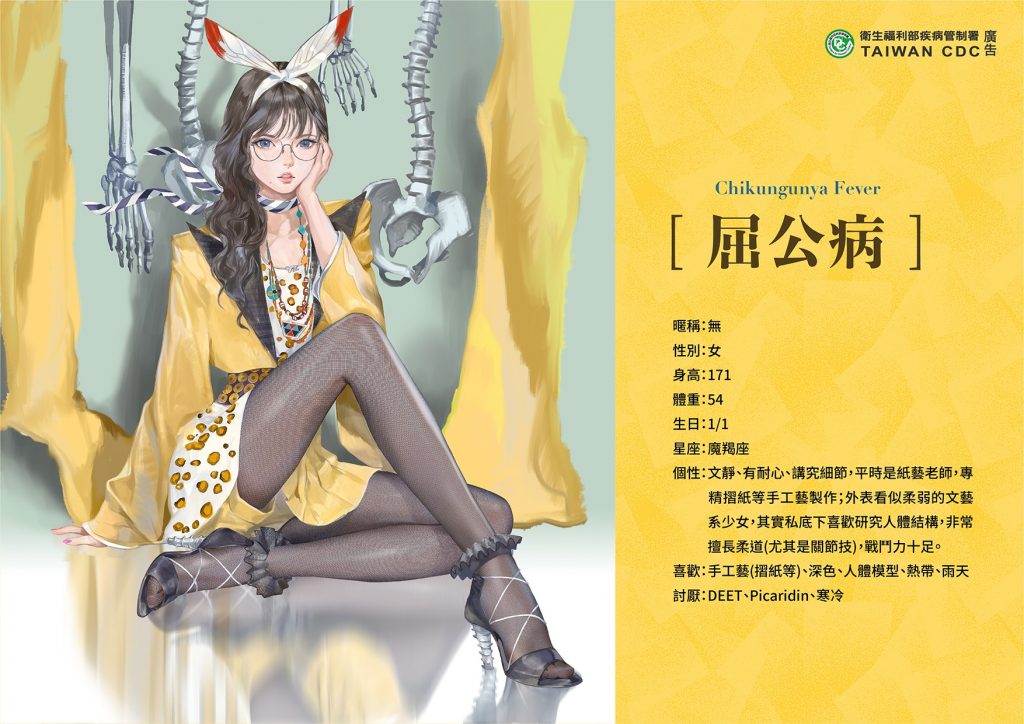 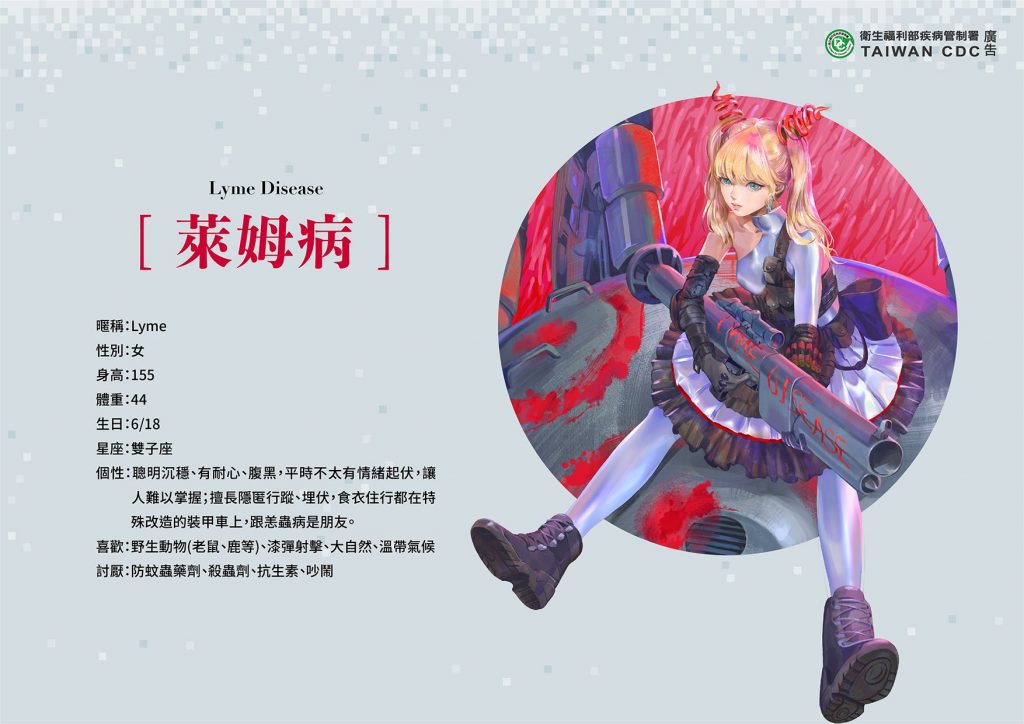 The Plague.  I never pictured it being beautiful. 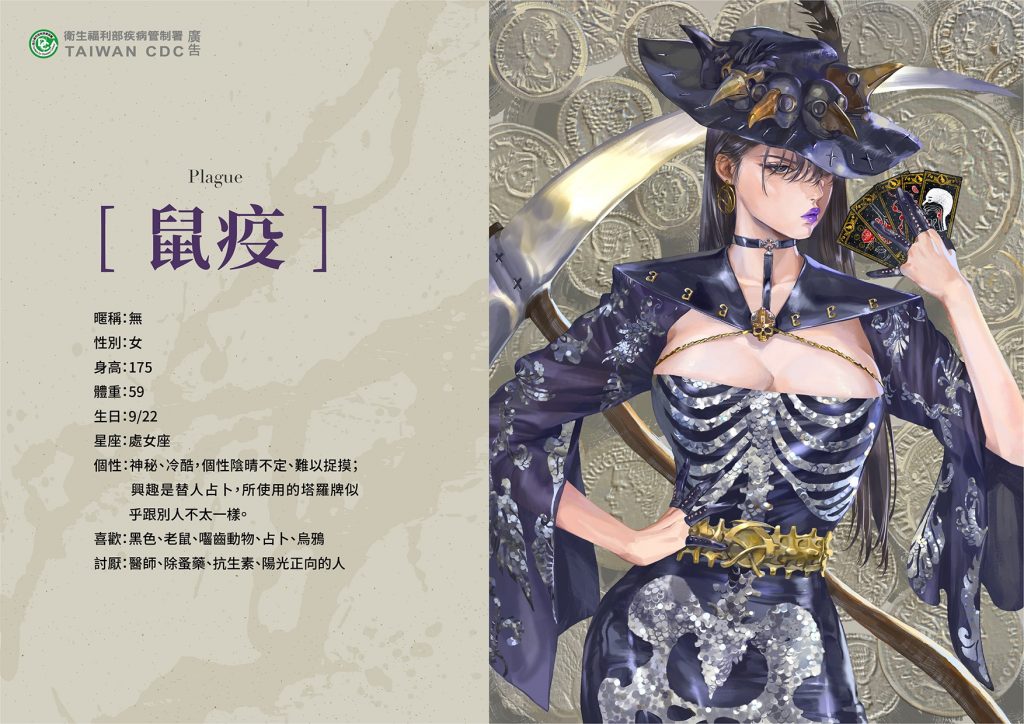 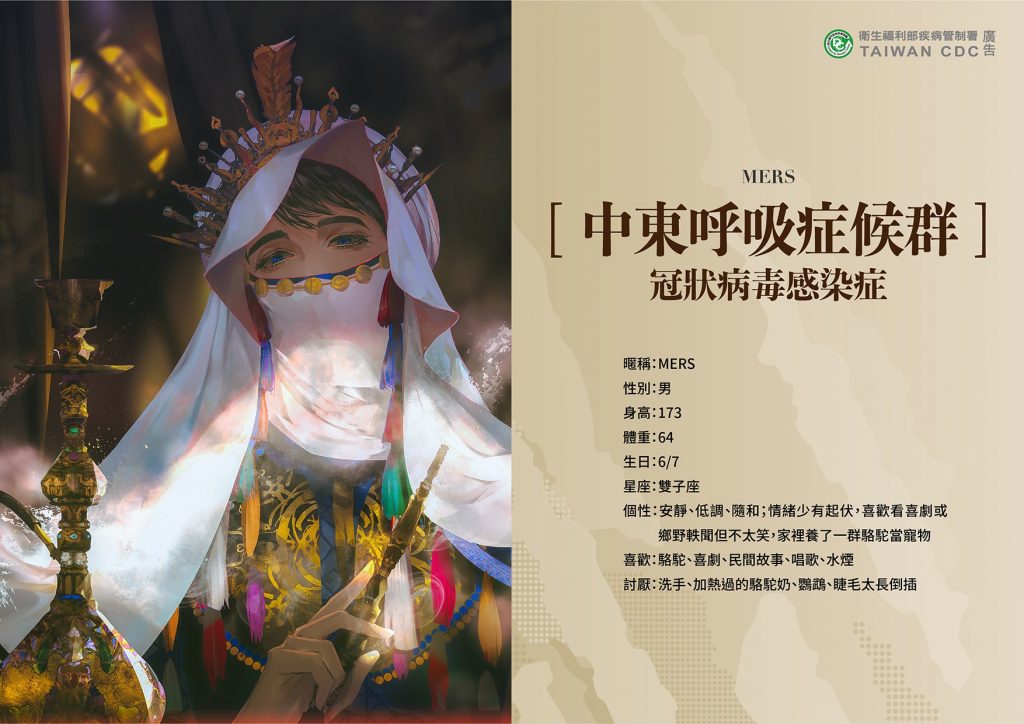 Zika virus is a tropical disease. 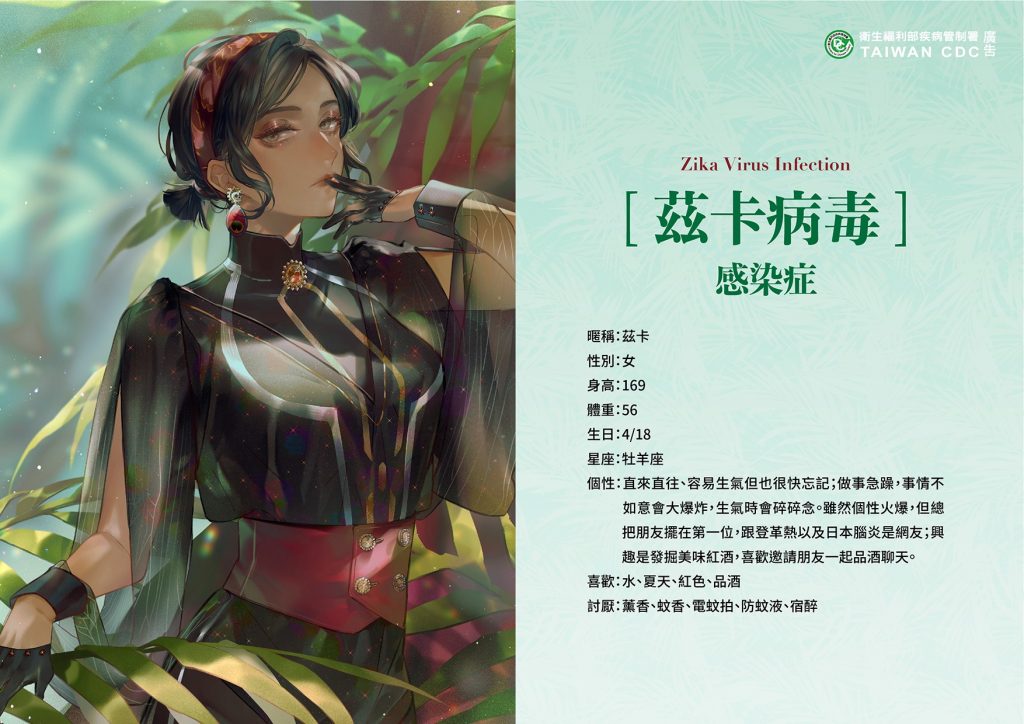 Leptospirosis is spread mostly by rodents, but potentially other animals. 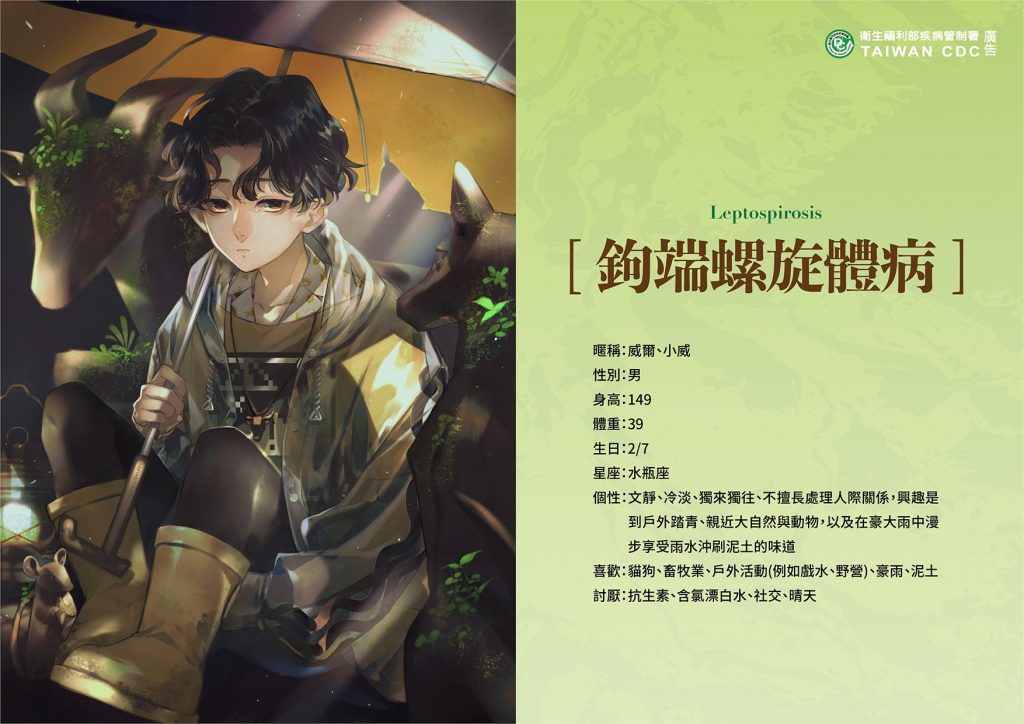 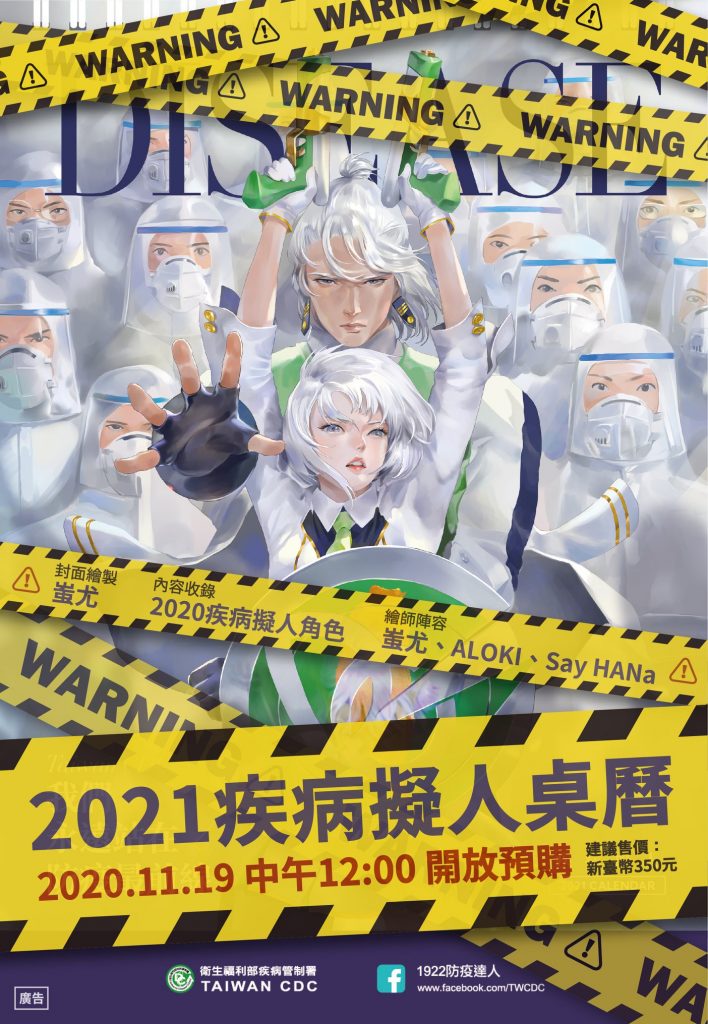