Denis Rader and the Hamburgler.

Yes, the picture quality is terrible, but who really wants to see these two at high resolution?  I want to see criminal resolution for them. 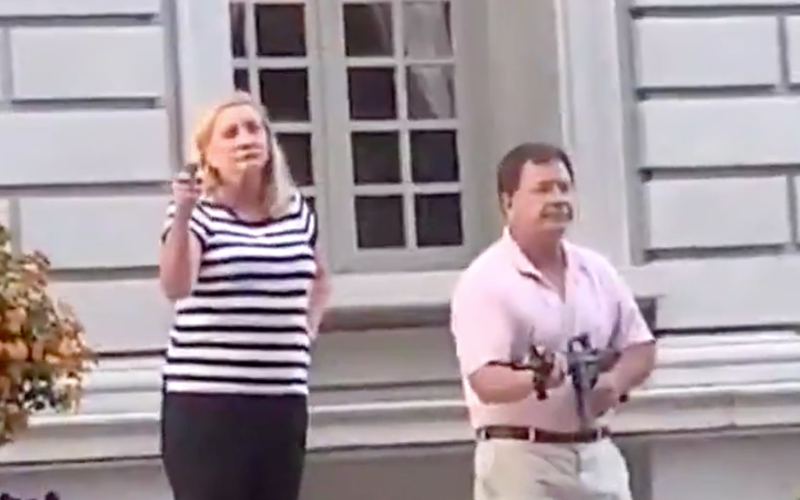 G.I. Ken and Karen, the white St. Louis couple who had trouble sitting in their living room and minding their own business, the same cop-loving couple who felt deputized by their whiteness to pull guns on Black Lives Matters demonstrators—who weren’t even fucking with them—will participate in the virtual Republican National Convention next week.

On Monday, the Trump campaign announced that Mark and Patricia McCloskey, affectionately known as Ken and Karen McGoFuckThemselves, would endorse the president of the people who believe that violence is the answer to peaceful protest during the virtual slavemaster convention, the Hill reports.

Sadly, Ken and Karen have become heroes of the right after a video emerged of these gun-toting miscreants and their divisive message of wielding guns during peaceful marches because America.

The Problem Stated Clearly: Six panels and seven words » « Left To Die: Greece now has its own SS St. Louis