This is the second of three items on sports attempting to have “normal seasons” in 2020-2021.  I actually planned to write this last, but the issue is pressing.

A few months ago, Taiwan’s CPBL boasted about starting its regular season only a month late but still having a regular season. South Korea’s KBO also began a shortened but “normal” baseball season too, as has Japan’s NPB (beginning only a month ago).

I am starting to regret this. It may have encouraged other leagues around the world to say “this is fine!” 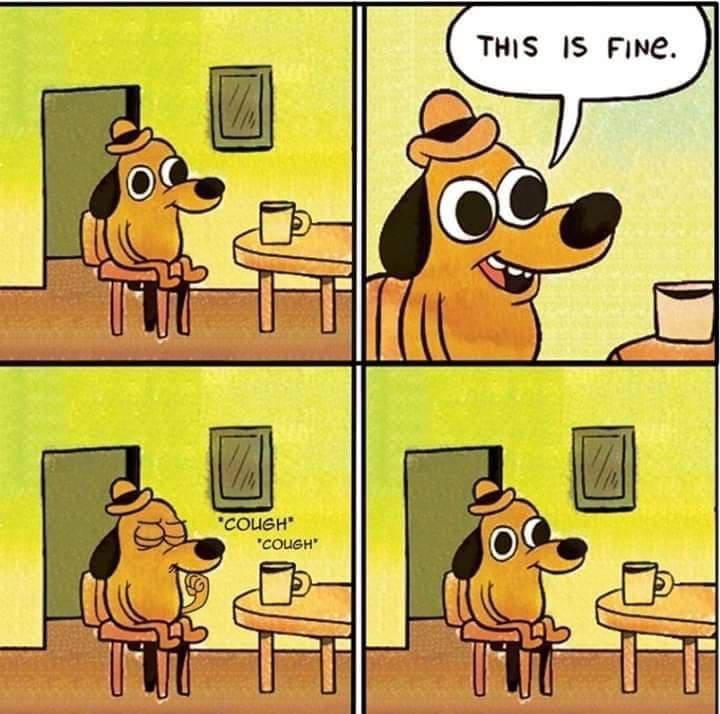 More below the fold.  A lot more.

The English Premier League were desperate to restart because UEFA threatened to declare the season null and void, denying Liverpool its deserved championship.  It took only two games back (the minimum needed) for them to clinch the title.  Other European football leagues wanted to restart, and Belarus’s leagues never stopped playing throughout the pandemic, a very stupid decision.

I can sort-of understand the NHL and the NBA also wanting to return like the EPL. They were three quarters through the regular seasons.  They only need exhibition games for warmups and a contracted playoff season, plus they can play all their games on TV. But for the MLB and NFL, even trying to have a season is folly.

The NHL created two “bubble cities”, Edmonton and Toronto, where ALL western and eastern conference games will be played, eliminating all travel until the Stanley Cup Finals. Players are housed in multiple hotels around the arenas, isolated from the public. There are obviously no fans in the seats (all lower seats covered with large sheeting), and games can be broadcast across both countries, so the risk to everyone is low.

The NBA has one bubble city.  With fewer players and staff per team (and basketball courts require less maintenance than grass or ice), that makes sense.  What does NOT make sense is choosing Orlando, Florida as the bubble city, dead (deliberate choice of word) in the middle of the worst COVID-19 outbreak in the US. Why not Philadelphia or New York, states which have lower COVID-19 rates and many hotels near the arenas?  Or Toronto, outside the US but still within the league (and home of the defending champions)?  Fans will be watching on TV, not in the stands, so any safe location would have sufficed.

The NHL’s plan is qualifying rounds and early playoffs in best of fives, later rounds best of seven. They don’t expect to finish the season until October, which should tell you their mindset: They don’t expect to have a 2020-2021 season, or a shortened 48 game season if they do. The NBA plans a similar 2019-2020 finish during the summer (exhibition games, a 72 game season but intend to have full playoffs). The owners want to begin their 2020-2021 season in December; I think it’s more likely that both leagues won’t have a 2020-21 season at all.  Enjoy it while it lasts because there won’t be a “next season”.

On the other hand, the MLB’s “plan” of a sixty game season has already been a disaster, with dozens of games already cancelled due to players with COVID-19. Predictably, the Miami Marlins have been the hardest hit, with seventeen players testing positive.  Just yesterday the MLB announced many games have been cancelled indefinitely.  Even if they play seven inning double headers, teams may not play enough games to have a proper season and thus playoffs.  The media is already admitting the whole season is in jeopardy. The MLB is talking about allowing sixteen playoff teams based on winning percentage of they cancel any games. But how many cancelled games are they willing to tolerate? 10% to 15% (54 or 51 games)?  It will be as much a farce as the 1982 NFL strike season (nine regular season games, sixteen playoff teams).

Speaking of the NFL, it has the ludicrous notion that it can also have a “normal season”. A big part of their league is the crowd noise, and empty stadiums on TV will be cavernous.  How will fans react to the full gruesome violence of NFL games without crowd noise to cover it?  Many around the NFL are against using fake sounds from audio systems.

NHL and NBA games thus far look normal, but the NFL’s won’t, and not just because of the stadiums. The growing number of players opting out may deplete their regular rosters (and worse, allow questionable individuals with character issues get jobs, i.e. Antonio Brown).  I’d wager many will see a year off as an opportunity to heal their bodies and lengthen their careers.  Taking the risk of a year off could heal nagging injuries and let them come back stronger.  Some may so enjoy not playing that they decide retirement is the better option.

The CFL (Canadian Football League) normally starts in June and ends in November, but the league is now “hoping” (indecisively) to start a shortened season in September.  The league has chosen Winnipeg as a “hub city” though Vancouver, Toronto and Montreal would be better (all have dome stadiums and snowy Novembers).  Players who are dependent on receiving a salary (with the CFL’s revenues and wages lower than the NFL’s) need an answer now.  The league can’t afford exorbitant interest rates that banks are asking and are now asking for government assistance.  But even with lower transmission rates in Canada, trying to have a season is just an added risk.  I suspect they will cancel the season, and allow players to continue receiving individual government assistance (C$2000 per month) as long as that lasts, and ask that include the American players.  This could lead to shorthanded NFL teams raiding CFL teams for players willing to take the risk of playing, and buying out their contracts.  It might even cause the league to fold.