Did anyone else see live music on Saturday? O_-

The Taipei Scream event took place today, eight bands performing 45 minute sets between 2pm and 10pm, followed by an afterparty at a bar.  I saw five great bands for NT$500 (US$17).  Of the three bands I didn’t watch, I saw five minutes each of two that weren’t particularly good, the opening act I missed completely.  I arrived just before 4pm, when one of my two friends’ bands played, the other at 5pm.

The first link (to facebook) contains a few pictures from each of the five bands I saw: All My Boyfriendz, second was Last Minute Latin Band, next The Flat Fives (not the US band of a similar name), Bunnlysium and headliners Skaraoke.  Skaraoke is the band pictured below.

The second link and third link are sets of video clips from the five shows, plus a couple of clips from the after party.  The sound in person was far better than the recording on my phone.  And to quote the lead singer of Bunnlysium, “**** the CCP!”

The organizers were American ex-pats, so naturally they made the event about that and not a word about Canada Day.  You can’t have everything in life. ¯\_(ツ)_/¯ 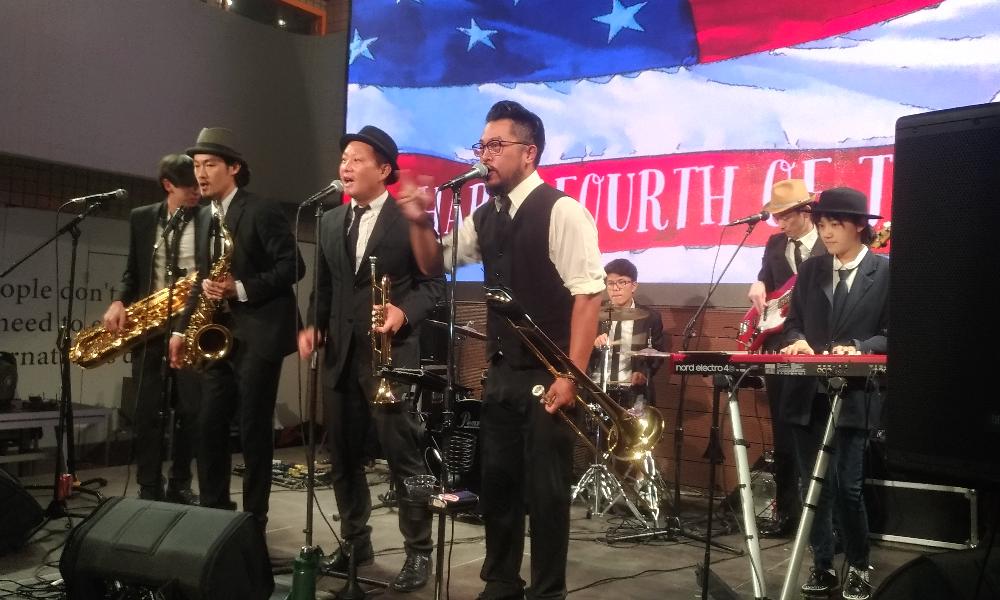 Followed by a Cosplay event on Sunday.  Unfortunately, I don’t have costume ready, so I’ll only be taking pictures.

An item I wrote about fireworks three years ago.  Don’t use them in populated areas.