Boris Johnson and his cast of clowns decided to “commemorate” brexit by melting down circulating coins to create a septagon.

In five years, they’ll commiserate over the country when its economy has gone septic.  And they’ll blame everyone except themselves.

A commemorative 50p coin marking the UK’s departure from the EU has been unveiled by Chancellor Sajid Javid.  The coins bear the inscription “Peace, prosperity and friendship with all nations” and the date of 31 January.  Mr Javid had first ordered production of the coins in advance of the UK’s original 31 October departure date.

But the Brexit delay meant about a million coins had to be melted down and the metal put aside until a new exit date was confirmed.

The clowns were melting down coins before the election, so certain they were going to ram it through parliament. 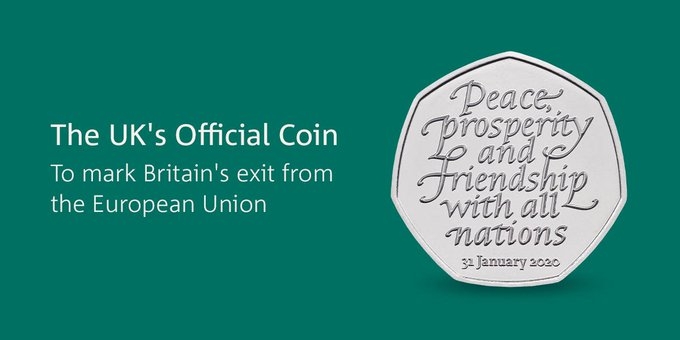 Don’t be surprised if these “commemorative coins” turn out to be lower quality metal than standard coins, and Boris Johnson is the new Septimius Severus.  The Romans destroyed their own coins and economy that way.  And I’ll bet his Tories committed some form of financial corruption as they did it.

Followup: Critics are already at work on this. 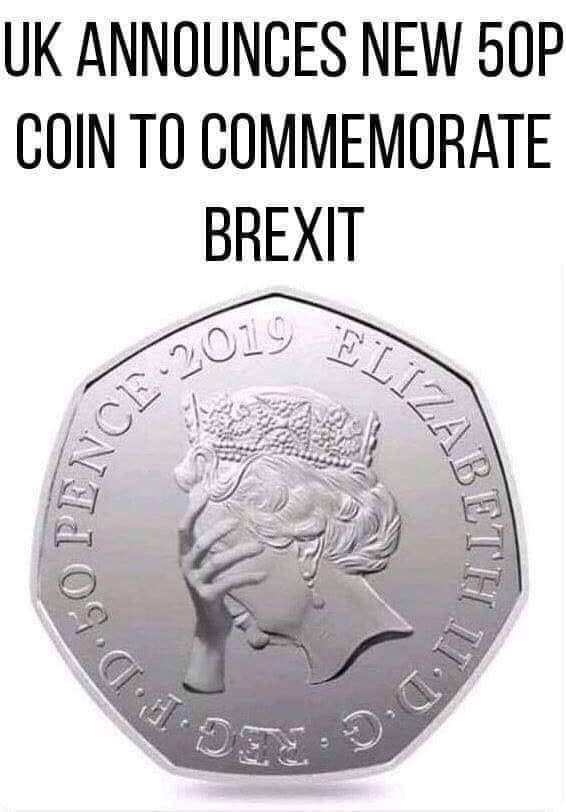 Laughing Fits: I saw this last night, and now my stomach hurts » « Pun Down, Pun To Go: This is so bad….