Taipei’s Pride Parade is the biggest in Asia with over 100,000 participants in each of the last two years, and now, marriage equality.  For obvious reasons (and as a way of thumbing its nose at the mass murdering illegitimate government on the mainland), Taiwan has placed banners all over the airport for the thousands of coming participants.  It warms the heart.

For many, this is the only parade they can take part in because they live in pseudo-“democracies”, theocratic regimes and dictatorships where they cannot even date or live openly, never mind have a parade.  In the four previous parades I attended, I saw countless flags from across Asia: Vietnam, Malaysia, Japan, South Korea, Indonesia, Thailand and many others.  I should count how many this year.

There are three more pictures below the fold. 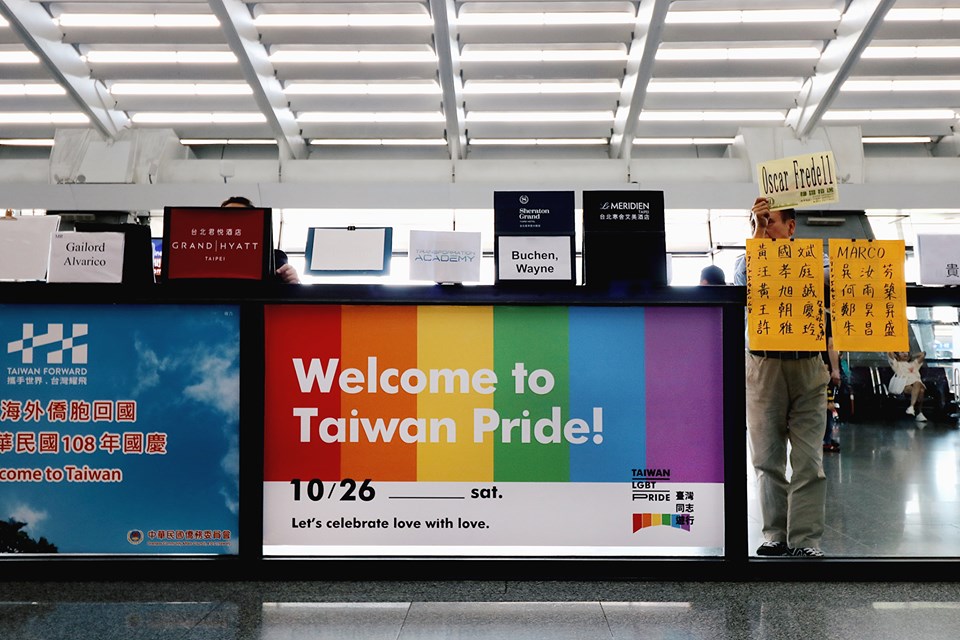 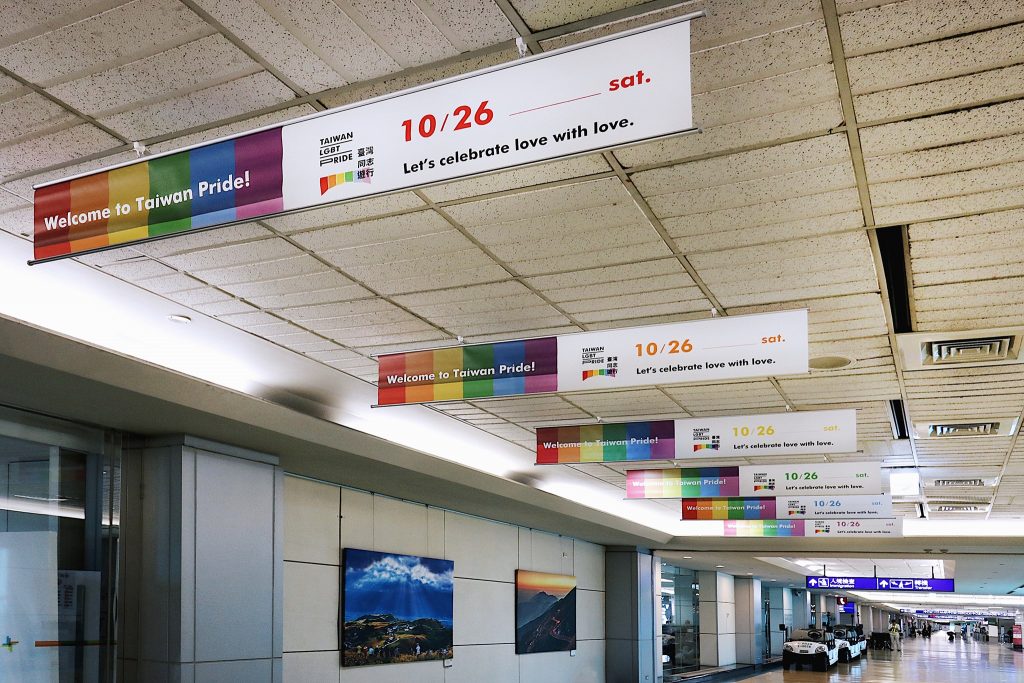 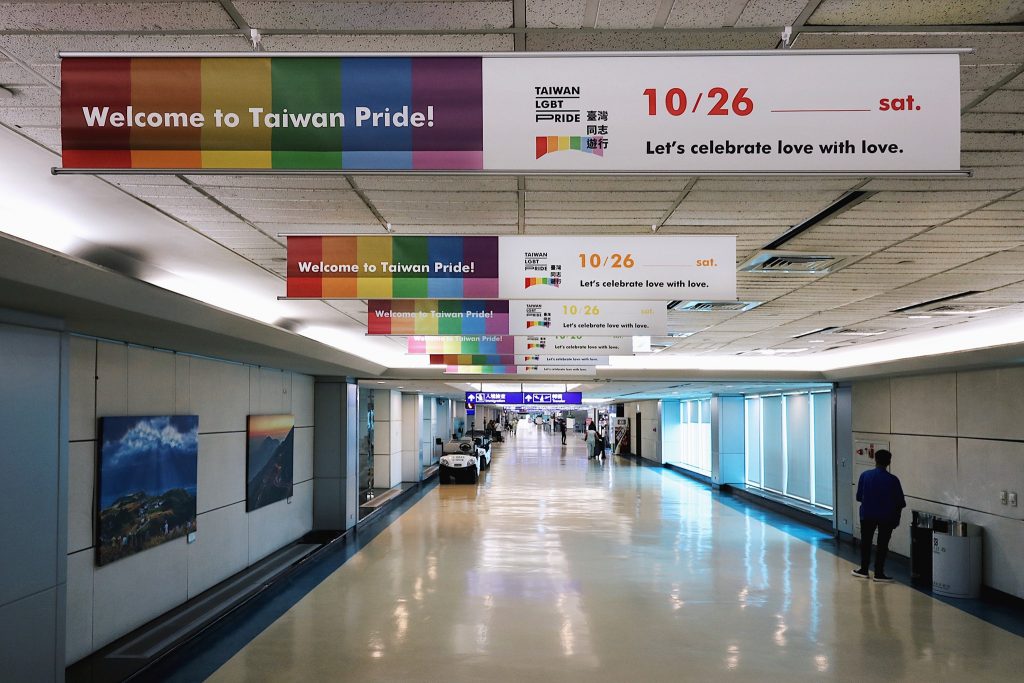 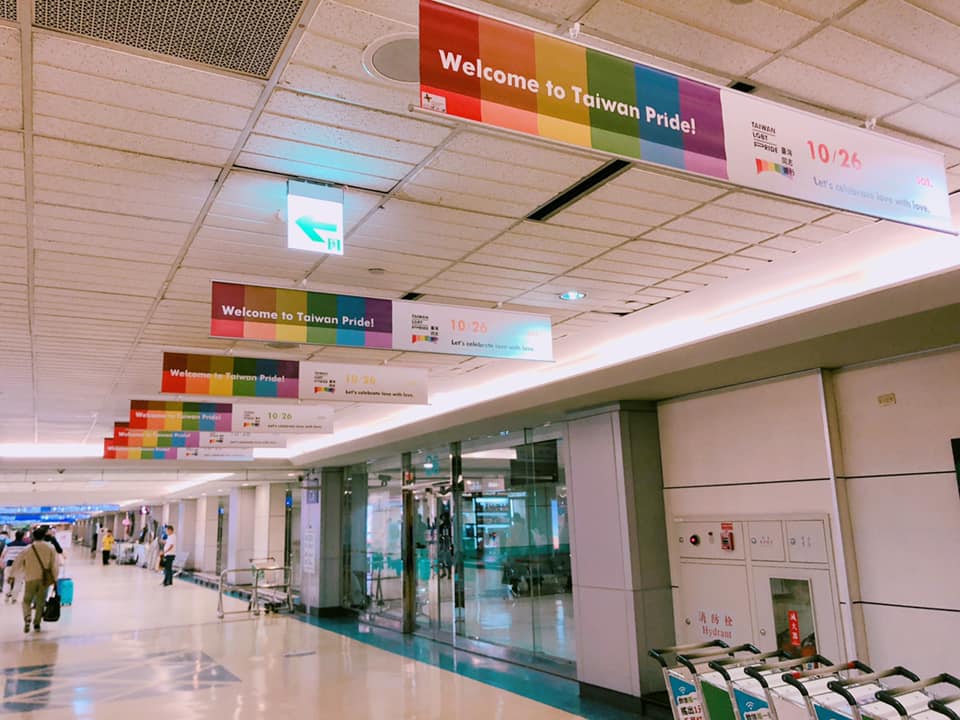 Name And Address: October 16 is International Pronouns Day » « When Censors Censor: Because they don’t want anyone to know what’s really going on