As stated, October 16th is International Pronouns Day, a day that encourages and demands respect for all Non-Binary, Transgender and other people who face discrimination.  There is also a facebook page (#InternationalPronounsDay) and a twitter account.  From the site:

Referring to people by the pronouns they determine for themselves is basic to human dignity. Being referred to by the wrong pronouns particularly affects transgender and gender nonconforming people. Together, we can transform society to celebrate people’s multiple, intersecting identities.

I’m a bit miffed because I’ve never heard of this before.  Then again, it was established in 2018.

My pronouns are She and Her.

Sadly, I am still forced to work “male”, must dress as that gender, and put up with “he” and “him” on the job.

The school’s Hallowe’en event is another matter.  I fully intend on dressing as a woman, in a costume to be revealed later.

This is what misgendering looks like, is and does: 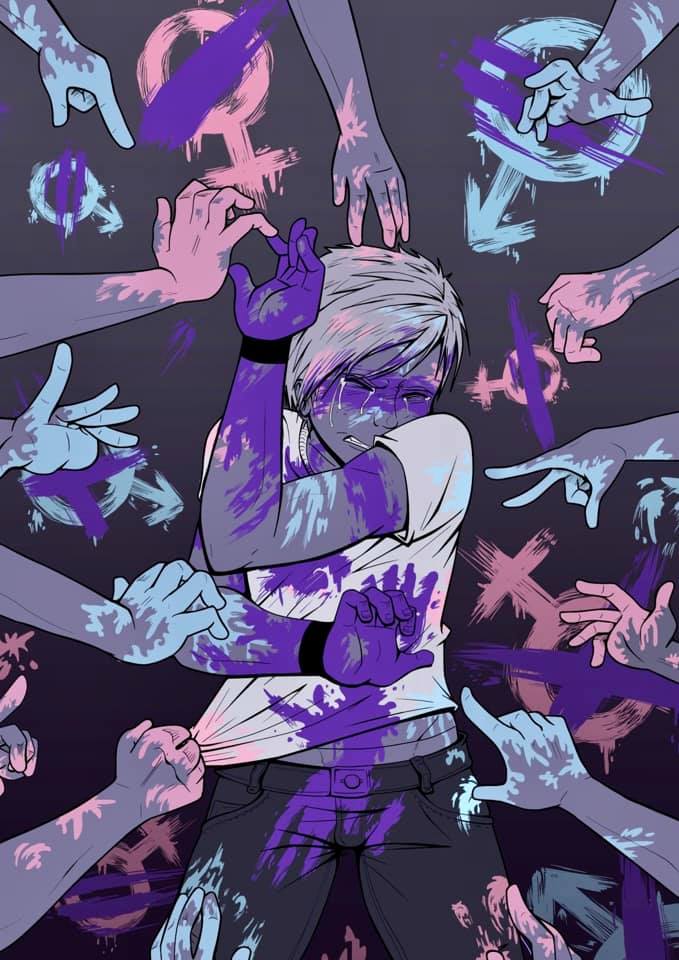