Fighting antivax beliefs, and indeed reactionary thought as a whole, feels like dealing with an insurgency.  There is just no good solution at this point.  (Government crackdown on facebook’s fascist bullshit algorithms in 2015 might have helped, but there’s no political will to make that happen even now.)  You’ll never win the hearts and minds of people deluded into feeling like brave defenders of an invaded homeland, any effort to force compliance will just lead to more terrorist reprisal.  We’ve already had a taste of that, in destruction of medicine, in obstruction of vax sites, and in many cases of physical assault all across the country.

Given all that, how does one adjust to this new world of biological gods and ideological monsters?  Knowing what endemic COVID looks like will be a good start for that discussion.  Funny to think if I live to my seventies or nineties I could be killed slowly and painfully, asphyxiated and brain damaged by a disease that could have been strangled in its infancy two years ago.  By funny, I mean all rethuglican fucks please eat shit and die ASAP, it’s the least you can do for us.

No, no, Satan.  Calm down.  These are human beings, this is humanity.  The same humanity that supports Narendra Modi and Vladimir Putin and Jair Bolsonaro, that has LGBT Jamaicans assaulted every day, living in vacant lots and scrounging garbage to eat, that packs megachurch pews to fund murderous hate around the globe, that scapegoats anybody and everybody to pursue short-term political and financial gain while ensuring the extinction of your species.  You have no choice but to live with these people, or to die.  They are here to stay, for as long as humanity continues to exist.

I don’t know.  We can just keep having these conversations, every day until we die.  Very tiring. 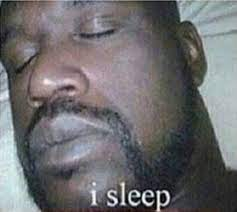