Benjamin Jones, communications officer of the National Secular Society, discusses a worrying set of claims by the Director of LSE.

A paper published by the Leadership Foundation for Higher Education has claimed that atheists can be “militant” on university campuses, while describing religion as a “public good” and the exclusion of religion from the public sphere as “repressive.”

Professor Craig Calhoun, Director of the London School of Economics, has said atheists make “free speech an issue” in efforts to “challenge the faith and beliefs of religious students”. He described “controversies over religious cartoons” as ‘disruptive to “campus harmony” and compared rows over free speech and blasphemy to ‘clashes’ between religions.

END_OF_DOCUMENT_TOKEN_TO_BE_REPLACED

From the Onion: a guy who is refreshingly open about his personal life.

Some people never let you know the “real” them. They keep their deepest thoughts and emotions tucked away from the rest of the world. Why they would want to, I’ll never know. I, for one, am refreshingly open about my personal life.

Would you like to know about the problems I’m having with my wife? No need to ask. If you are vaguely acquainted with me, you doubtless already know about the miscarriage, the affair, the second miscarriage, the man from Oklahoma City, and the fact that Gloria’s allergy-relief medication has a dehydrating effect, which necessitates our use of lubricants during sex. (Chances are pretty good you also know that we prefer WET-brand lubricants over Astroglide.)

END_OF_DOCUMENT_TOKEN_TO_BE_REPLACED

A woman in London has made a short movie called My Freedom, My Right. Go sister! What’s it about – reproductive rights? Freedom to work, freedom to travel, freedom to learn?

No, it’s about wearing that great symbol of freedom…the niqab.

Twenty-two-year-old Joni Clarke, resident of southeast London, has decided to raise awareness of the abuse and discrimination that Muslim women face by making a short film. The film, My Freedom, My Right, features Clarke reciting a poem that recalls comments made to her because of her niqab.

END_OF_DOCUMENT_TOKEN_TO_BE_REPLACED

Oh crap, another one. The worst one yet, by some accounts. AFP via the Guardian:

Islamic State jihadis have destroyed a 2,000-year-old statue of a lion outside the museum in the Syrian city of Palmyra, the country’s antiquities director has said.

The limestone statue was discovered in 1977 by a Polish archaeological mission at the temple of al-Lat, a pre-Islamic Arabian goddess, and dated back to the 1st century BC.

Abdelkarim said the statue had been covered with a metal plate and sandbags to protect it from fighting, “but we never imagined that IS would come to the town to destroy it.” 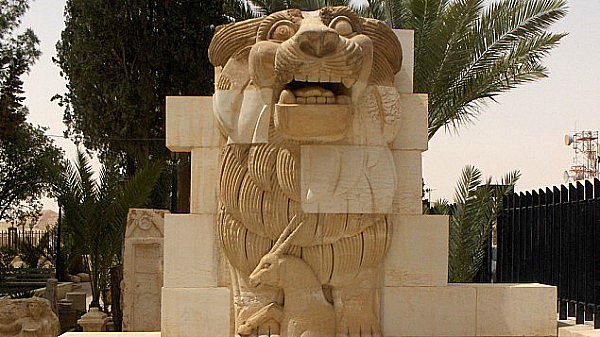 That. It’s gone now. It’s rubble. It was there, a testimony to a human genius for art and sublimity, and now it’s just lumps of stone.

I’m consulting some other universities’ policies as stated on their websites.

The one at Cardiff is interesting:

The title is awarded to an individual who is making a substantial commitment of a non-transient kind to the teaching and research activities of the University at a level deemed to be worthy of this title when assessed against the criteria for promotions to personal chairs and following the consideration of two external assessors. END_OF_DOCUMENT_TOKEN_TO_BE_REPLACED

If you want to start a campaign through your art, you’re most welcome to join the crusade. You can send your cartoons on any local or international issue to get them published and circulated by ‘B&W’. You can also contributet to any of the cartoon campaign launched by B&W. END_OF_DOCUMENT_TOKEN_TO_BE_REPLACED

Bruce Barry, a professor of management and sociology and a board member of the Tennessee ACLU, has an informative take on whether or not academic freedom is a license to provoke without consequences.

The rules are different depending on whether the university is public or private; academic at public universities have more protections.

After having his job offer rescinded, Salaita filed a federal lawsuit claiming that his rights to free speech and due process had been violated; a judge’s ruling on whether Salaita’s lawsuit can go forward is expected any day.

That kind of constitutionally based lawsuit isn’t available to Grundy at Boston University or to Hough at Duke since their appointments are at private institutions.

Although Grundy and Hough cannot claim a constitutional infringement on their rights, they can appeal to the principle of academic freedom.

Which sounds like saying they can make grand rhetorical claims and hope that gets them somewhere, but actually it’s more concrete than that. END_OF_DOCUMENT_TOKEN_TO_BE_REPLACED

Henry Louis Gates, Jr. is a popular and revered scholar who has written many acclaimed books and made many acclaimed documentaries about black history (and was also forced to drink a beer with the white cop who arrested him in his own home, because that’s America for you).

However, he is now most famous for letting the now-single life-ruiner Ben Affleck hide his slaveholding ancestors from the world to spare Affleck the shame of being a white American with a past.