Ashley Miller did a post on some background. She included a photoshop that I hadn’t seen before (although I have seen other versions of the same photo, the one we took in solidarity with atheist bloggers in Bangladesh – such a suitable subject for ridicule and mockery, don’t you think?). I was curious so I did a google image search – and found a whole page of images: three weeks’ worth at the slyme pit, 9/30-10/14 2014. They’re productive.

This is the slyme pit: Michael Nugent’s informants and allies, people Hemant Mehta thinks PZ is too hard on when he “deems” them “trolls.”

There are a lot of photoshops of PZ there, and some of Rebecca and Stephanie, a few of Greg Laden and Melody and maybe others, and there are a lot of me, probably because I’m so grotesquely ugly I make a good target for them. 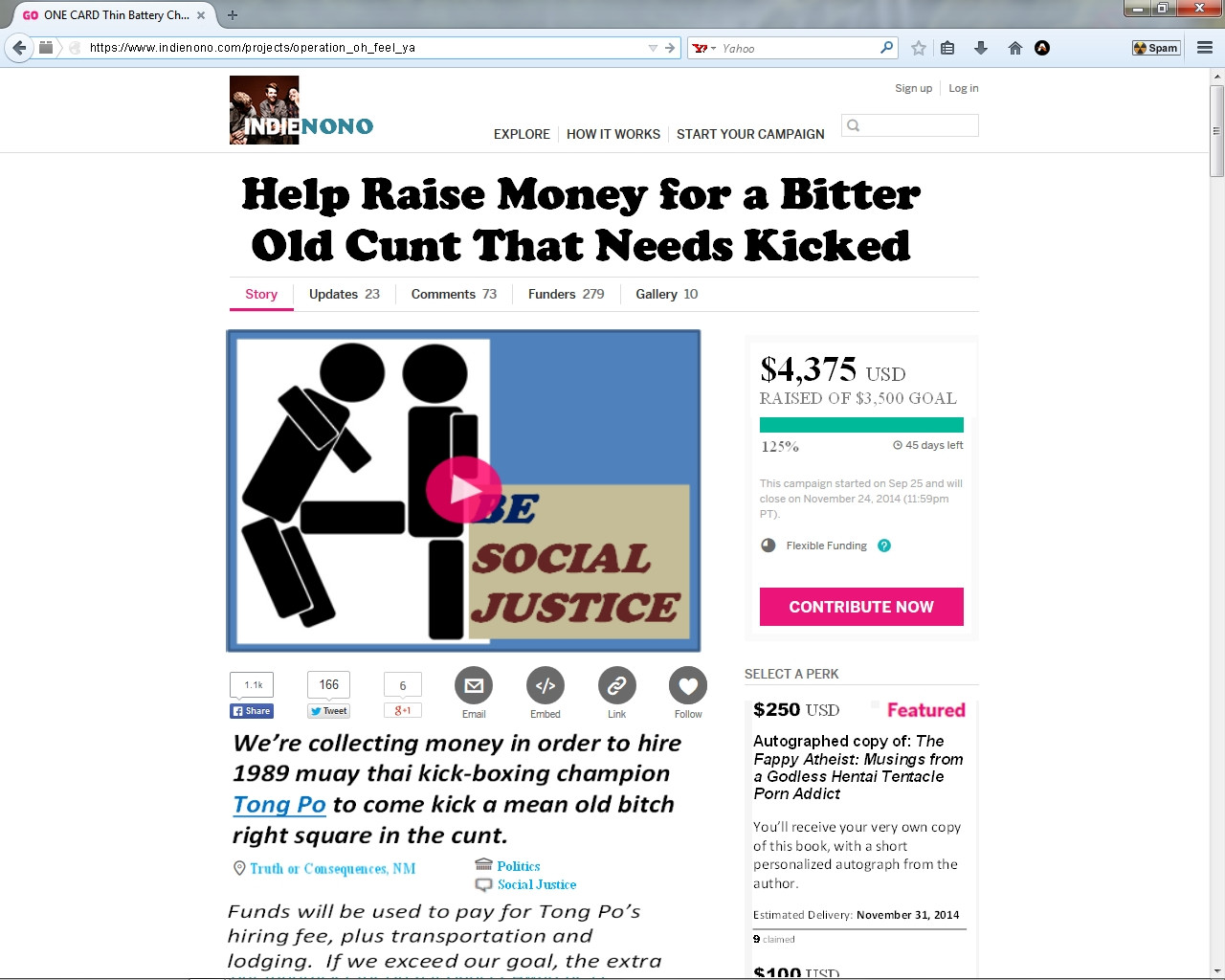 That’s the first installment. More in the next.