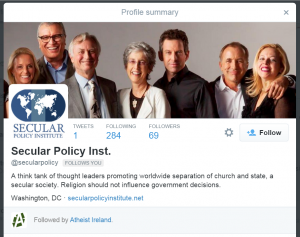 A think tank of thought leaders.

It actually says that. They actually call themselves that.

A think tank of thought leaders.

They accept the title “thought leaders.”

The international outrage and pressure was so overwhelming » « Good ideas, wrong forum