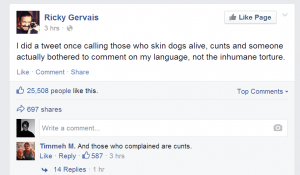 Freedom of guns » « Feminism is not a dirty word