The Cellular Solutions staff page – does something seem a bit unusual here? 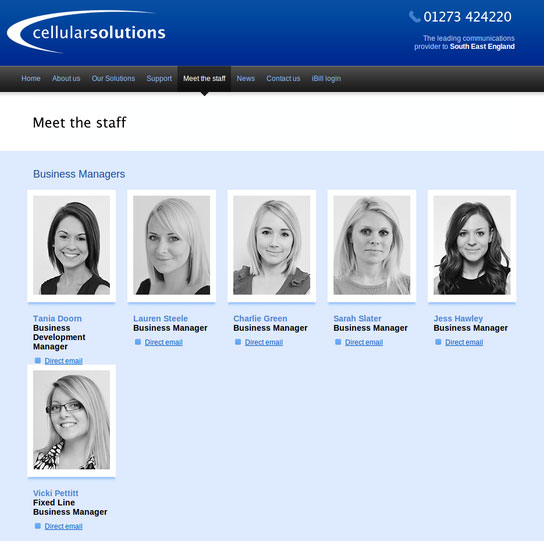 How his belief system drives him to do it » « Regularly dismissed