It’s still going on, Michael Nugent’s project to create a “dialogue” between harassers and the people they harass. He doesn’t call it that. In fact he doesn’t call it anything – he’s being so carefully neutral that he refers to it as just two “perceived sides.”

So far all the project has accomplished is to give the harassers a new and much better place to post their “grievances”…and their compliments to each other on the quality of their harassment. Like just now, on this new post of Nugent’s announcing a new phase and a new website – we get a compliment to “Skepsheik” –

(Love your Peezus and O series, so that’s out of the way).

Ah yes, “Skepsheik”‘s Peezus and O series, Yes who could fail to love that, when it’s so witty and sophisticated and sharp? 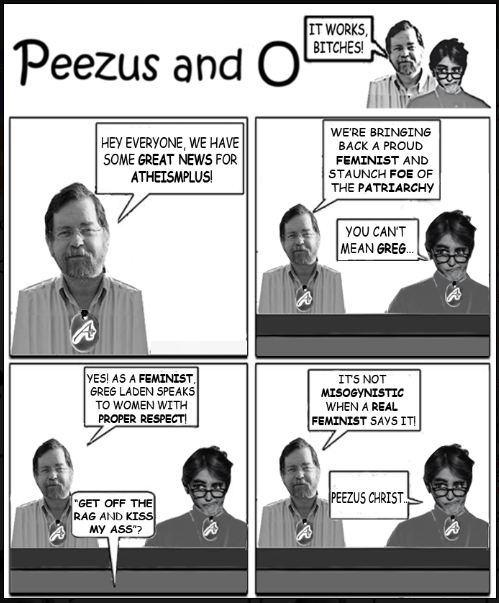 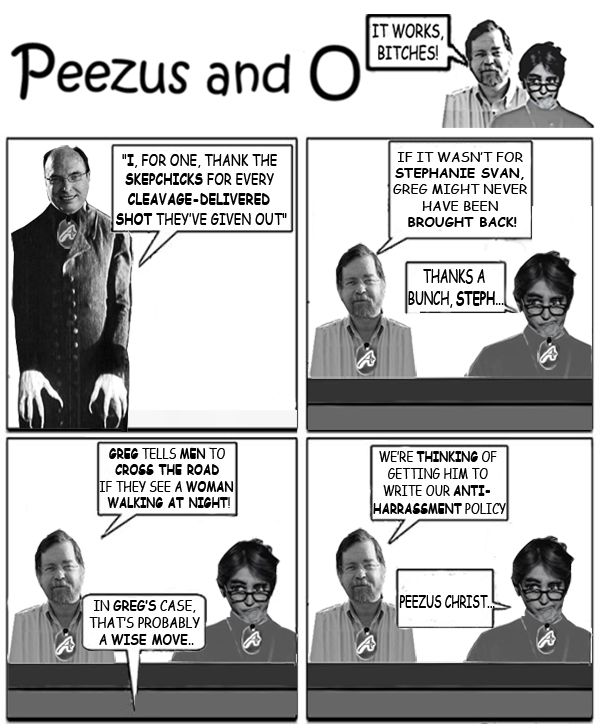 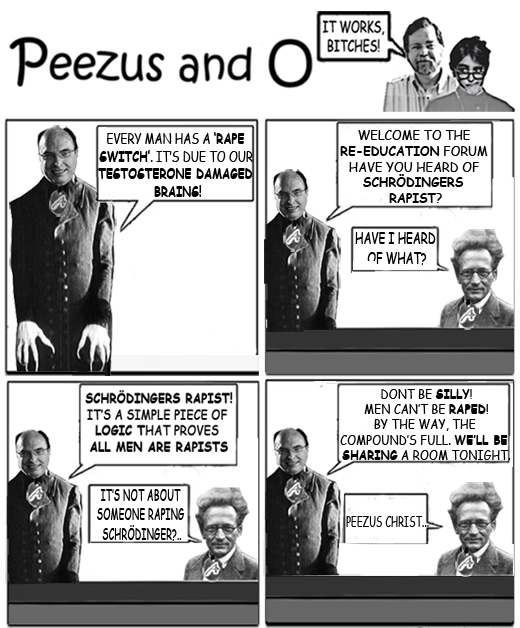 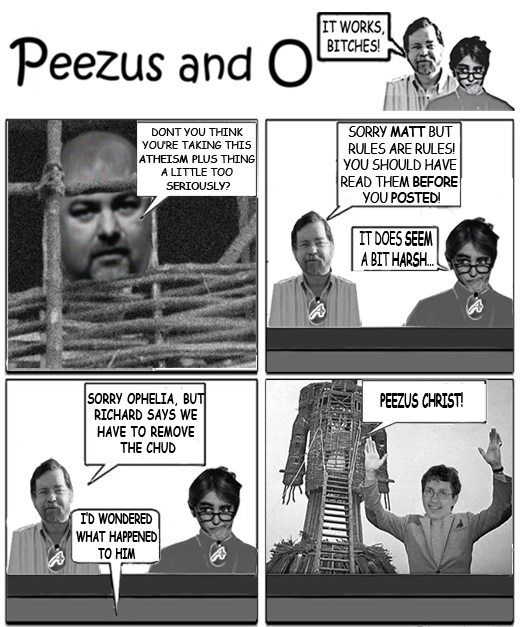 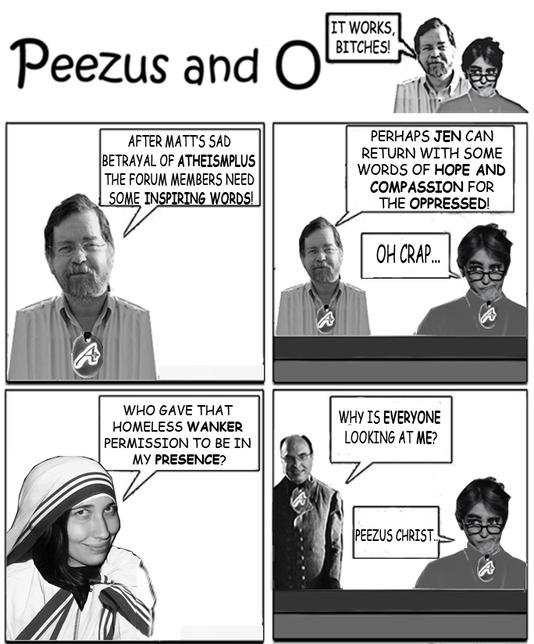 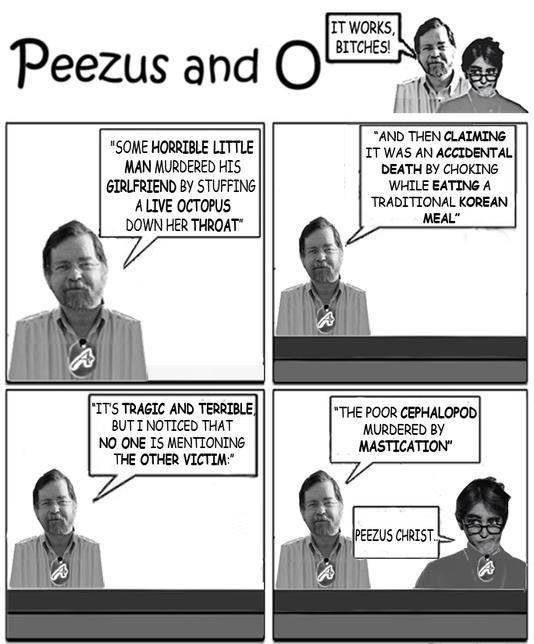 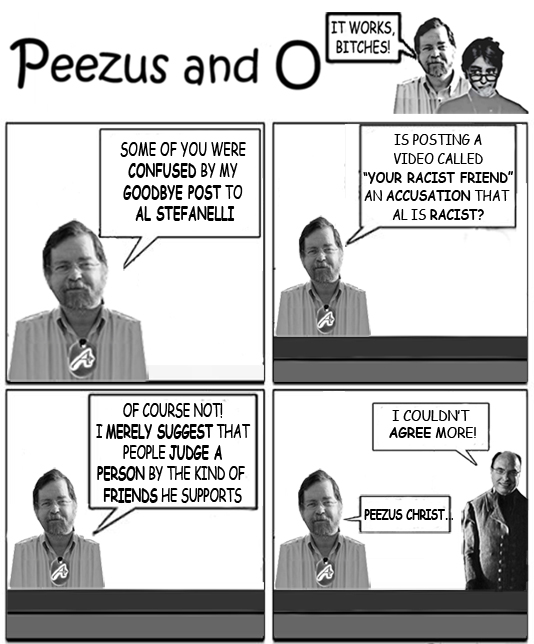 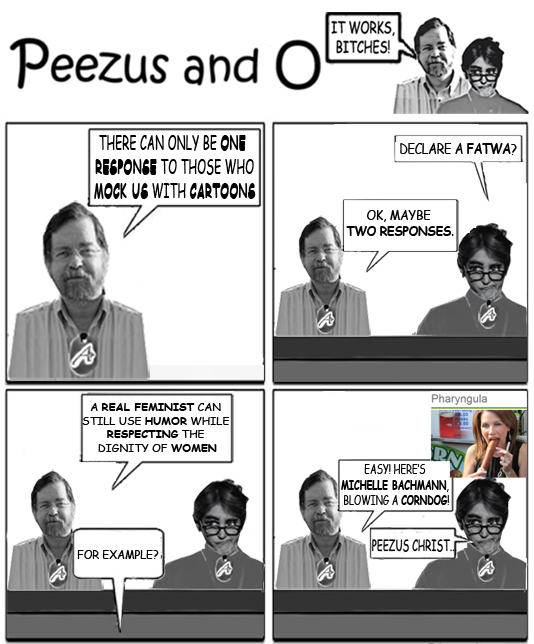 That’s it, the whole brilliant series.