Oh yes I forgot one of my favorite things from earlier today. 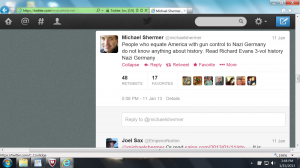