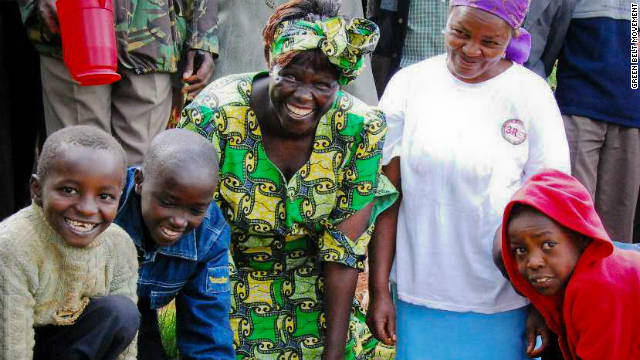 From the Times obit:

Maathai toured the world, speaking out against environmental degradation and poverty, which she said early on were intimately connected. But she never lost focus on her native Kenya. She was a thorn in the side of Kenya’s previous president, Daniel Arap Moi, whose government labeled the Green Belt Movement “subversive” during the 1980s.

Mr. Moi was particularly scornful of her leading the charge against a government plan to build a huge skyscraper in one of central Nairobi’s only parks. The proposal was eventually scrapped, though not long afterward, during another protest, Mrs. Maathai was beaten unconscious by the police.

In 2008, after being pushed out of government, she was tear-gassed by the police during a protest against the excesses of Kenya’s well-entrenched political class.

Home life was not easy, either. Her husband, Mwangi, divorced her, saying she was too strong-minded for a woman, by her account. When she lost her divorce case and criticized the judge, she was thrown in jail.

“Wangari Maathai was known to speak truth to power,” said John Githongo, an anticorruption campaigner in Kenya, who was forced into exile for years for his own outspoken views. “She blazed a trail in whatever she did, whether it was in the environment, politics, whatever.”

Bineta Diop, Founder of Femmes Africa Solidarite, an organization working on issues of gender, peace and development, remembered Maathai as someone who risked her life for ordinary people.

“Africa has lost today one of its greatest daughters. Wangari was the champion of the environmental cause, to which she brought the attention of the Continent when nobody was talking about this great challenge. She worked tirelessly for the rural women, demanding African leaders to address climate change,” she said.

Diop said she would continue to inspire generations to come: “We are sure that the young women and men she mentored are ready to continue her fight for climate justice.” 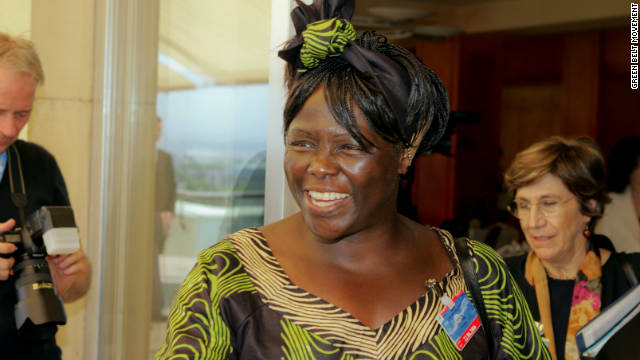 In the hubris of power » « An ill-afforded loss