I’m really into webcomics.  I like the art, the writing, the humor.  I appreciate the low barrier to entry, which means all the stuff that people complain there isn’t enough of in movies or TV (like queer representation) is available in webcomics in abundance.  And I like how a good webcomic develops its story at a trickle pace over the course of many years.

I have a list of webcomics that I read to completion, and I’d like to share them.  Most of these, I read many years ago, so I won’t remember all the details, but the fact that I can say anything is a testament to their value.  And if you’d like to relive the experience of getting webcomic updates at a trickle pace, I recommend Comic Rocket, which keeps bookmarks, and generates customizable rss feeds.

END_OF_DOCUMENT_TOKEN_TO_BE_REPLACED

“Walking simulator” was originally a derisive term, coined in the days of gamergate, referring to a set of minimalist games where you simply walked around 3D environments. By now, a lot more games in this category have appeared, and while not universally beloved, they’re more or less accepted as a part of the video game landscape. And I find that I rather like this genre myself. I’ve played quite a number of walking simulators over the years, and still others I’ve watched on video or have seen critical discussions.

The question I’d like to ask today is, what is the appeal of walking simulators? What drives them?

I am thinking in analogy to drone and ambient music, which strips away many of the components that people conventionally enjoy in music. But what motivates drone/ambient music varies greatly depending on the work. Contrast Brian Eno’s Music for Airports, which wants to blend into the background, with Sunn O)))’s Monoliths and Dimensions, which wants to mesmerize. Walking sims are also a genre full of contrasts, and I’d like to identify several different goals that they may have.

END_OF_DOCUMENT_TOKEN_TO_BE_REPLACED 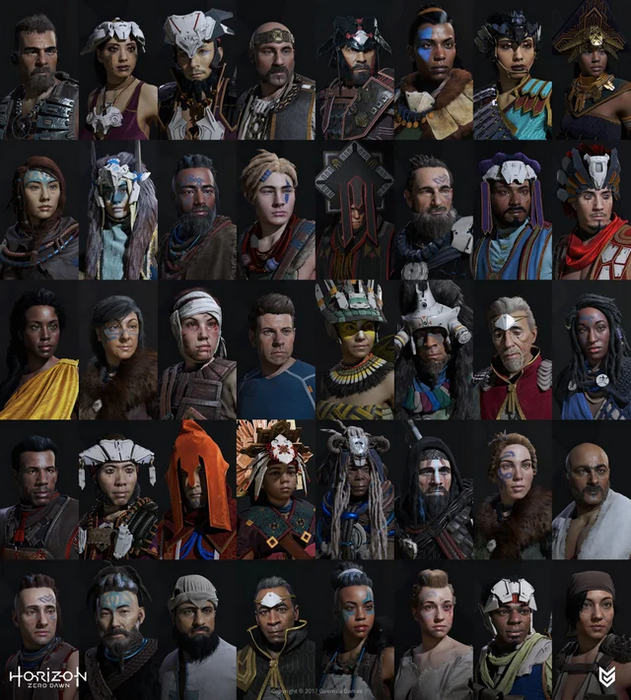 END_OF_DOCUMENT_TOKEN_TO_BE_REPLACED

This is a repost of an article I wrote in 2015, with a few edits for clarity. I chose this post because the paper I just discussed makes a mention of QGCon, and I was reminiscing about the event.

I’m lucky that the Queerness and Games Conference is right by where I live, and has many fascinating talks on the subjects of queer theory, games studies, and game design.

A major theme at the conference is the idea of going beyond mere character representation. That is, a queer game doesn’t just mean having a character who is queer, or giving the player the choice of who to romance. It could be about having queer themes, such as the theme of rebelling against the status quo.

Of course, me being me, I have a rather different style of thinking from most people at QGCon. At QGCon, no one ever voices disagreement, and everyone is happy and constructive. Who would ever want to discourage all these awesome but anxious creators by saying anything even mildly critical? But personally, I don’t feel like I have properly engaged in any subject until I have cast a critical eye upon it, and listed its disadvantages. So this is the critical discussion of non-character representation that I wish I heard.

END_OF_DOCUMENT_TOKEN_TO_BE_REPLACED

“Why are young people having so little sex?” asks the title of a new article in The Atlantic. The article is also summarized in video form. The article reports that the number of high-schoolers who have had intercourse declined from 54% to 40% in the period from 1991 to 2017. The author writes,

But now some observers are beginning to wonder whether an unambiguously good thing might have roots in less salubrious developments.

I will offer an unsympathetic, perhaps callous perspective–this being largely a straight people problem, and me being a gay ace guy. Yeah, I really don’t think this is as much of a problem as the article makes it out to be.

END_OF_DOCUMENT_TOKEN_TO_BE_REPLACED

The pitch of a note is determined by its frequency, and frequency can vary within a continuous spectrum. And yet, in the western music tradition, we only use frequencies with discrete values. That’s not a bad thing, but it implies a whole world of possibilities not explored. Microtonal music, also known as xenharmonic music, sets out to make use of the unused frequencies.

I recently tried listening to a lot of microtonal music, because I discovered that you can find lots of it through the microtonal tag on Bandcamp. Sure, a lot of it isn’t very good because anyone can put music on Bandcamp, but there were enough gems that I continued to peruse the tag. I’ll share just two examples. First, I selected Brendan Byrnes, because I think his music has the most pop appeal, while also being unapologetically microtonal.

END_OF_DOCUMENT_TOKEN_TO_BE_REPLACED

Last week, the white house held a meeting to talk about violence in video games, and their potential connection to gun violence. This has many gamers worried that the government will do something to censor video games, or pressure the games industry to self-regulate.  My opinions on the matter: 1) this is an obvious ploy to “address” gun violence without addressing gun violence, 2) I defer to the research that says video games do not cause gun violence, and 3) the second amendment shouldn’t exist. If you disagree with any of these propositions, you are welcome to yell at me in the comments, as one does.

But I’m not really here to talk about gun violence, I’m here to talk about feminism. See, I did a forbidden thing, I read some internet comments. And I found that some people think that Trump’s talk of censoring video games is similar or analogous to feminists/SJWs talking about problematic or sexist aspects of video games. As a feminist/SJW myself, my reaction is, “uh no.”

But it also raises the interesting question, what do I want?