But in the public conversation, the metaphor of the participation trophy has overtaken their physical reality.

Yeah, I got a few of the participation trophies, back when I played soccer in grade school. I was awful at soccer. In retrospect, our whole team was bad, being composed of a bunch of kids who may or may not have been forced into it by their parents. But at the time I felt like I was particularly bad, like I dragged the whole team down, and I didn’t understand why I was there at all. I got a trophy for doing that, every year.
END_OF_DOCUMENT_TOKEN_TO_BE_REPLACED

So let’s read the article carefully and determine which analysis was used.
END_OF_DOCUMENT_TOKEN_TO_BE_REPLACED 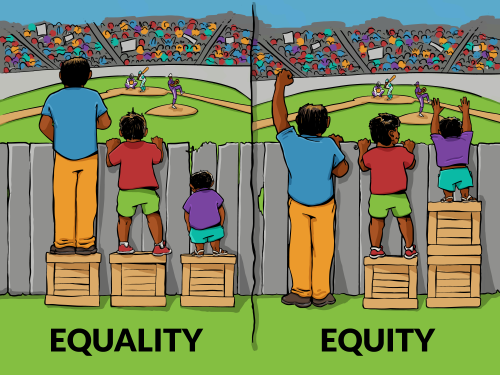 END_OF_DOCUMENT_TOKEN_TO_BE_REPLACED

“Secure in my/his/their masculinity” is a common expression, but what does it mean? Some readers may find this obvious, but permit me a bit of exploration, to see what we can learn.

In a basic search, I found several low quality listicles, which I take to represent what the common person thinks (as opposed to more scholarly interpretations). The listicles say that you can tell when a man is insecure in his masculinity if he tries to one-up everyone, is homophobic, or avoids anything girly, and so on. In short, masculine insecurity is evidenced by toxic masculinity.

The underlying theory seems to be that insecurity about masculinity causes toxic masculinity. And, by the way, this theory seems to be correct. Another article I found in a basic search describes psychological studies, where men were given tests of “masculinity” and physical strength. They received randomized scores, and the men who were told they scored poorly reported higher aggression, would exaggerate their height, and be more likely to avoid products perceived as feminine.

END_OF_DOCUMENT_TOKEN_TO_BE_REPLACED

Some double standards in art are taken completely for granted. For instance, parents are expected to appreciate shows or concerts put on by young kids—as long as their own children are involved. And if you’ve ever enjoyed obscure or non-commercial art, such as fanfic, comics, music, videos, blogs, or just random people on social media, we tend to embrace its flaws and limitations, even when the same flaws and limitations may be unacceptable in mainstream media.

Another example, is the way that we often judge sequels in terms of the original. We might say that a video game sequel is worse than the first one, because it didn’t improve much on the original. Logically, if it improves on the original game by a nonzero amount, it’s a better game, but that’s not the logic we tend to follow.

And why is that? What theories of “goodness” are people using that allow these apparent double standards?  Here are several ideas for what might make the difference.

END_OF_DOCUMENT_TOKEN_TO_BE_REPLACED

Back when I was looking for a job, I did a lot of interview prep with other people. Among other things, that means practicing brainteasers in front of white boards. But as it turns out, I am extremely good at this already and don’t need the practice. Recreational math was a hobby in my youth, I participated in math competitions in college, and I’m mildly competitive in the US Puzzle Championship. I don’t want to brag, but friends have told me I ought to brag more often, so I am bragging. I am ridiculously good at puzzles.

So if I’m “good” at puzzles, what skills does that mean I have?  It’s hard to say.  (Does this imply that I’m also good at the jobs I interview for? Eh.)

There are, of course, many very different kinds of puzzles, and perhaps each category of puzzles requires unique skills. To name a few categories: programming puzzles where you seek to write an algorithm; logic problems where you deduce a solution from structured clues (e.g. Sudoku); puzzles where you make multiple moves in sequence (e.g. Sokoban); math problems; jigsaw puzzles; and what I call “linchpin” puzzles, where the goal is to have a particular realization. Some puzzle solving “skills” are more properly understood as puzzle-solving knowledge–knowing the solution to a bunch of common puzzles gives you a set of tools to solve new puzzles. But I also think there are a few general puzzle-solving skills, which I’ll try to describe.