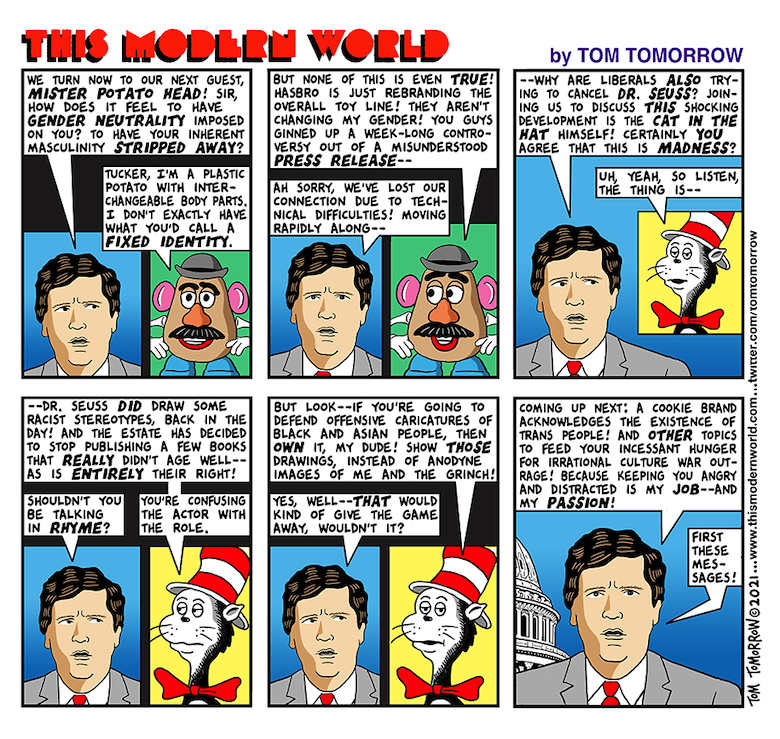 This cartoon gets it exactly right. Fox News and the other members of the nutty right wing echo chamber go on and on about the estate of Dr. Seuss withdrawing six of his earlier books because they have offensive images but they never show the images they are defending. If you want, you can find these images on the internet, like here.

This is so obviously offensive by today’s standards that even the whitest Fox News viewer would cringe at seeing it. And that would ruin the whole schtick. If Fox viewers realized that the images in question actually were offensive, and not just the fever dreams of some lefty social justice warriors, they’d realize that Fox was duping them.

So no pictures for Fox! Much better to rail endlessly and let their audience assume that this is just some ridiculous liberal freakout over nothing. That’s much better for ratings.