One of the strange stories to come out of the new Bob Woodward book about the Donald Trump administration is the story of how advisors to Trump would swipe documents from his desk that they thought he should not see or sign. A specific case that was cited was former economic advisor Gary Cohn seeing a letter on Trump’s desk that was awaiting his signature calling for an end to a long standing trade agreement with South Korea. Cohn took the letter away and apparently that was the end of the story. Cohn apparently did something similar with a letter about NAFTA.

That Korea letter is now available to be seen. 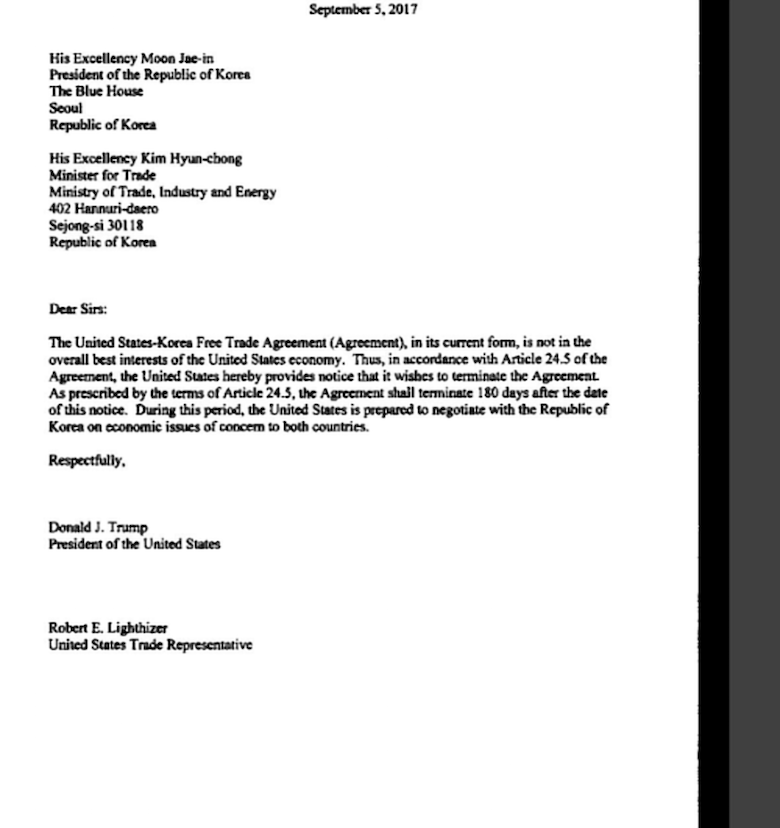 The first thing to note is that it is clear that Trump did not draft it. The letter is far too wonky and detailed for him to have anything but the most general idea of what it says. It was most likely drafted by his trade representative and co-signatory Robert Lighthizer who would know the most about the issue

So the puzzle is that even if Trump is so befuddled to realize that he had not signed the letter and that it had disappeared and that the Korean trade deal was still intact, surely Lighthizer would have noticed this omission and either tracked down what happened to the letter or provided a new one to sign? After all, this letter is a year old. And who provided the letter to Woodward if not Cohn?

Seth Meyers comments on the letter and other issues in this strange administration.