I love optical illusions and this one in Iceland (that I came across thanks to Richard Kaufman) seems to suggest a pedestrian crossing that is floating on air. But it is not just for fun. Such trompe l’oeil (“fools the eye”) illusions claim to have the benefit of causing drivers, puzzled by what they see ahead of them, to slow down when approaching them, increasing the safety of street crossers. 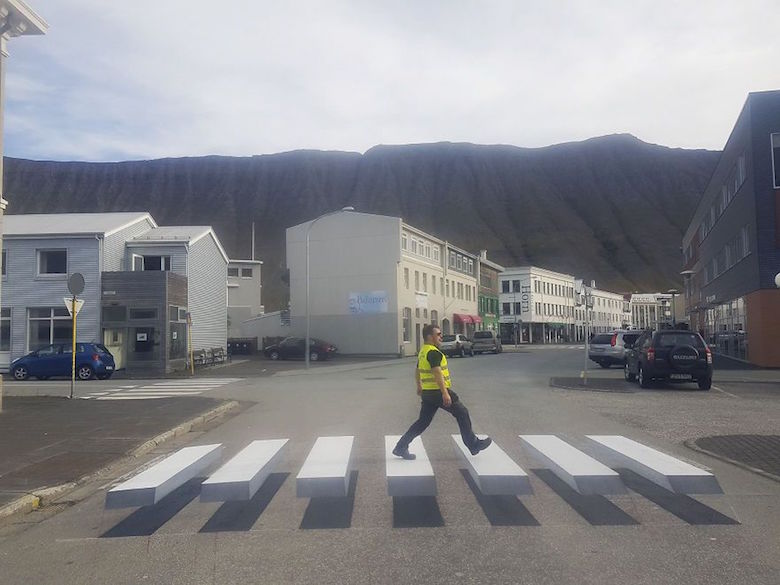 I am not so sure about this. It seems to me to have some serious downsides. The first is that drivers who encounter them for the first time might slam on the brakes in alarm, causing rear-end collisions. Another is that once drivers know it is an illusion, they may just start to ignore them and breeze through as before. Here is a video of the above crossing and at the 59 second mark, a van sped through the above crossing without slowing down. The driver, in addition to not being courteous to pedestrians, must have been that way before.

The third is the most dangerous and that is the inverse of what is being sought, that too many such illusions might cause drivers to think that something real is an illusion and ignore it, and that could be fatal for illusions like this child running after a ball in the street. 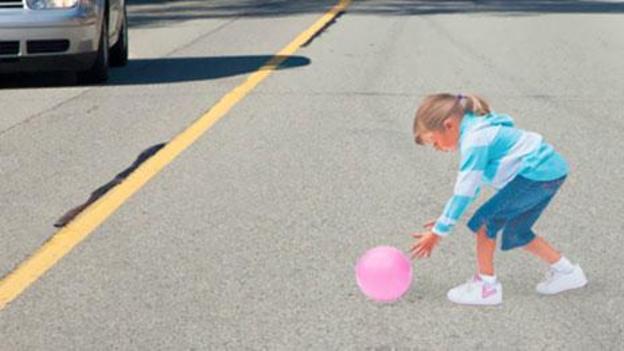 If I encountered this illusion, I would definitely stop, risking being rear-ended. Even after I realize that it is an illusion, it would make me queasy to drive over it. It would just seem wrong.

You can read more about the use of such road visual illusions for road safety purposes in this article.

All in all, I think it is dangerous to make drivers unsure of what is real and what is an illusion.