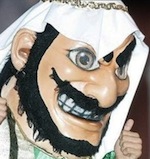 I thought that the Cleveland Indians Chief Wahoo mascot was bad enough but take a look at the mascot of the Coachella Valley Unified School District in California, whose team is known as the Arabs, even though the area is 99% Latino. So how did they get that nickname and adopt that mascot? The region is home to date plantations because that area is supposedly the best for growing dates.

Arab-Americans are protesting it.

Abed Ayoub is the director of legal and policy affairs at the American-Arab Anti-Discrimination Committee, the group that came out against the mascot. “He looks very angry, very, very mean,” says Ayoub. “One mural has an Arab on a magic carpet with a woman next to him. You look at their halftime show, they have a belly dancer that comes out dancing for the Arab male.”

But of course, the mascot has its defenders and they give the usual reason: tradition. And of course that they do not mean anything disrespectful.

Meanwhile, the editorial board of one high school newspaper in Pennsylvania decided to take a stand and decided that their school’s nickname (‘Redskins’) was racist and voted to stop using it but they were overruled by administrators.

“The word ‘Redskin’ is racist, and very much so,” staff wrote in the editorial. “It is not a term of honor, but a term of hate.”

The editorial garnered a lot of media attention initially, but staff didn’t expect anything more to happen as a result of their decision, said Gillian McGoldrick, the Playwickian’s editor-in-chief.

Then, Rob McGee, the school’s principal, emailed the paper’s adviser with a “directive,” McGoldrick said. Adviser Tara Huber passed along the message to student editors because they are responsible for all editorial decisions, said Reed Hennessy, the paper’s sports editor.

“McGee said, ‘I don’t think you have the right to not use the word Redskins,’” Hennessy said, adding that the email said the paper had to continue to use the term at least until a hearing that McGee scheduled for Nov. 19 to discuss the issue.

Alumni have come out against the ban on the name arguing that it was (you guessed it) tradition.

If tradition is the best argument that you have for anything, then you’ve got nothing. 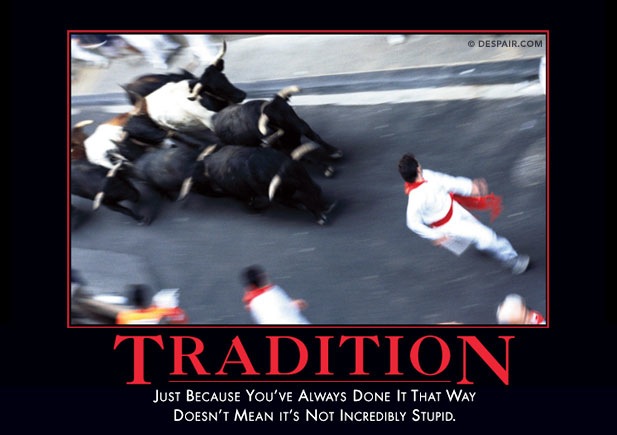