The Walmart murderer left a death note behind. It’s disturbing. 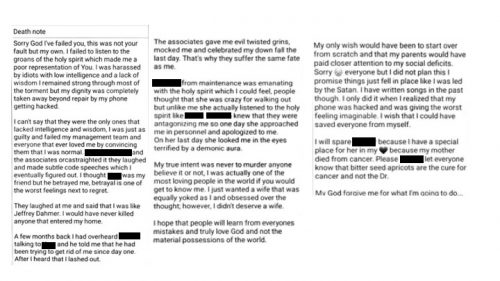 “One of the most loving people in the world” who didn’t intend to murder anyone (except he did), he just wanted a wife.

The endorsement of laetrile to cure cancer at the end is just one more indication of his delusional mind.