The grandson turned 5 today, and he is applying himself with great focus and intense concentration, even stripping down for the purpose, to that gooey chocolate cake. 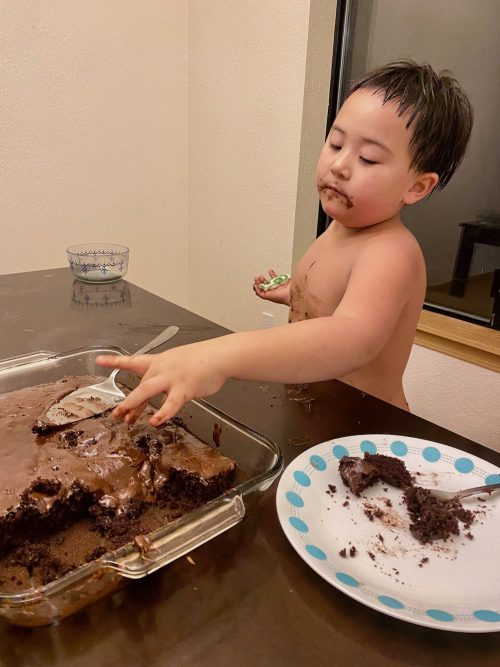 ElonGOAT: Oh the cringe…the cringe. » « What paranoia + religious delusions can do