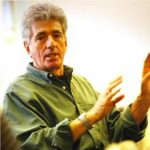 A Harvard anthropology professor, John Comaroff, had his wrists savagely slapped a few weeks ago for sexual harassment. This seems to be a common problem — many high ranking professors have vastly inflated egos, and I suspect it’s even worse at Harvard, where they already imagine themselves to be the smartest people in the world.

In 1986, a group of professors writing for the journal Current Anthropology found that the country’s most elite anthropology programs, including Harvard’s, operated based on a “hierarchy of prestige” dominated by powerful tenured faculty.

Nearly 35 years later, it is in part that very hierarchy that has allowed three of Harvard’s senior Anthropology faculty — former department chairs Theodore C. Bestor and Gary Urton and professor John L. Comaroff — to weather allegations of sexual harassment, including some leveled by students, according to people with knowledge of the matter and documents obtained by The Crimson.

All too often, a “hierarchy of prestige” is just a tall pile of assholes, which seems to be the case here. There’s a group of anthropology professors who have abused their position to make life hellish for some students — as usual, the pretty ones in an early and vulnerable stage of their careers. Ongoing investigations have been slowly trying to take apart a genteel collection of privileged jerks. Comaroff is the latest to get his comeuppance.

Comaroff was sanctioned by Faculty of Arts and Sciences Dean Claudine Gay on Jan. 20 after University investigations found that he violated Harvard’s sexual and professional conduct policies. He is barred from teaching required courses and taking on additional advisees through the next academic year.

I would trust the review committee — after all, it’s made up of Harvard professors, so it must be the best and smartest committee — and they came down with this decision after reviewing a lot of confidential information, which I, of course, haven’t seen. That’s one of the difficulties of these kinds of investigations, because they are processing sensitive and confidential testimonies and evidence, which often neither party wants made public. Another problem is that typically a victimizer can be quite charming and helpful to the people who aren’t his victims. I know for a fact that many of the people I knew who did horrible things to other people were nice to me, and it was an unpleasant surprise when their actions were revealed. That’s how they last so long in positions of power.

It’s a lesson I learned late in life, so it ought to be no surprise that an incredible number of Harvard professors don’t get it. It is disappointing, though, that 38 of them got together to write an open letter that basically says, “John Comaroff was nice to me, therefore he couldn’t possibly have ever been bad to anyone else.”

“We the undersigned know John Comaroff to be an excellent colleague, advisor and committed university citizen who has for five decades trained and advised hundreds of Ph.D. students of diverse backgrounds, who have subsequently become leaders in universities across the world,” the letter said. “We are dismayed by Harvard’s sanctions against him and concerned about its effects on our ability to advise our own students.”

The letter was signed by some of Harvard’s most prominent faculty — including a former Harvard College dean and five University professors, who hold Harvard’s highest faculty distinction.

Humble students of human nature, they are not. Do they even understand the fallacy they are committing? Did no one in this group of almost two score “prominent faculty” stop to think that maybe the fact that Comaroff didn’t hit on me or stifle my career is totally irrelevant to the issue of whether he did harm to others? Are they really that self-centered?

Oh. Harvard professors. I may have answered my own question.