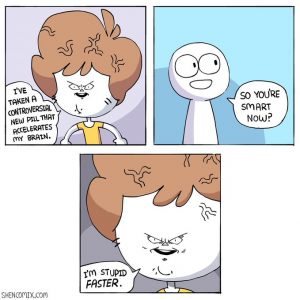 I despair. Since I watched that Dan Olson video about crypto, and really learned how stupidly deep the rabbit hole goes, I’ve started regularly checking David Gerard’s blog, Attack of the 50 Foot Blockchain, every morning. This is too much. After a few decades of dealing with the ludicrously inane garbage creationists spew, and living under Donald Trump, and then having to wallow in the idiocy of Jordan Peterson, now I’m going to pay attention to criminal grifting NFT-bros? Brain, stop it.

At this rate, every last bit of my confidence in the fundamental goodness of humanity is going to be eradicated. We apparently have no vestige of any kind of survival instinct left.