Well, this isn’t surprising. Matt Gaetz is under investigation for a relationship with a 17 year old teenager.

The Justice Department is investigating Rep. Matt Gaetz — a Florida Republican considered a close political ally of former president Donald Trump — over an alleged sexual relationship with an underage girl, according to people familiar with the matter, though the probe has been complicated by the congressman’s assertion that his family is being extorted.

The investigation into Gaetz began some time last year, when Trump was still in office, after a criminal case against a different Florida politician led investigators to allegations that the congressman had a sexual relationship with a 17-year-old girl and paid for her travel, a person familiar with the matter said on the condition of anonymity to discuss an ongoing investigation. As that probe was underway, the person said, Gaetz’s family raised allegations that the congressman was being extorted, and the FBI is separately exploring those claims.

“Under investigation” does not mean he’s guilty, of course. There could be an innocent explanation. What’s suspicious, though, is his response. He went on Tucker Carlson, and his argument was: a) Hey, Tucker, you were once falsely accused, too; b) he denied that he travelled with a 17 year old and had travel records to prove it, and c) someone tried to extort $25 million from his daddy to hide the evidence.

That’s just weird. Trying to recruit Carlson as a supporter is irrelevant; that Carlson might have been falsely accused does not mean Gaetz is also innocent. No one thinks that being on a plane with a teenager is a crime. The accusations have emerged out of a federal investigation of a sex trafficker, so what he should have denied was that he was dating or had sex with her, which he didn’t do. Was he dating someone less than half his age or not? The next phase in his denial is right here: 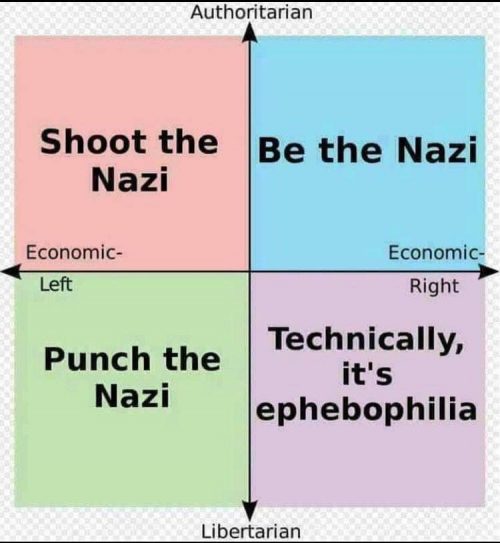 What really mystifies me, though, is why is the extortionist running to Daddy Gaetz? Matt Gaetz is 38 years old and presumably an autonomous adult human being. If I were trying to blackmail or extort money from a victim, I’d go straight to them, terrify them with my wicked claims, and let them go running to a big-money source.

It’s all very strange. I’m sure more info will be emerging. Perhaps Gaetz will consult with a competent lawyer and come out with a logical, coherent explanation. Although it seems he’s sounding out an alternative strategy.

Separately, Axios reported Tuesday that Gaetz was telling confidants he was contemplating not seeking reelection and possibly leaving his post early for a job at Newsmax, a conservative media outlet.