I’ve already heard the joke that the pandemic must be over, because we’re back to our regular routine of frequent mass shootings. They’re wrong. The pandemic is still ongoing, and during the latest insane murder spree in Boulder, some of the victims were shot while waiting in line for vaccinations.

All we know is that ten people are dead, that some kind of long gun was used by the scumbag, and that a bleeding person in cuffs was later walked out of the store by the police. Oh, and he was a white man, but there is absolutely no surprise in that. The police probably didn’t take him to Wendy’s afterwards, since one of the victims was a police officer.

I’m going to go out on a limb here and predict that there will be nothing done. No change in the gun laws. No restrictions on the ready availability of murder tools. The demented crazies are already claiming it was false flag operation. 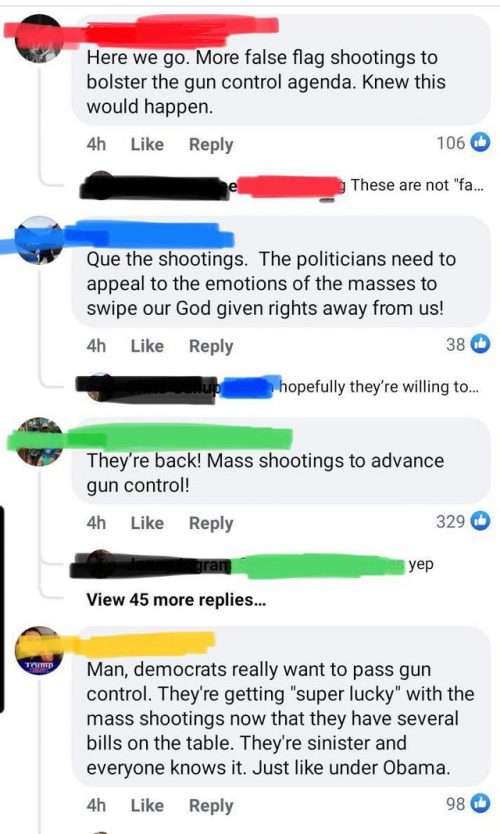 The NRA, without missing a beat, responded by quoting the 2nd amendment.

A well regulated militia, being necessary to the security of a free state, the right of the people to keep and bear arms, shall not be infringed. pic.twitter.com/eFBP2PTTUu

A well regulated militia, being necessary to the security of a free state, the right of the people to keep and bear arms, shall not be infringed.

Fuck the NRA, and I hate to say it, but the 2nd Amendment has me thinking, fuck the US Constitution. What good is it if it’s going to be used to shield a corrupt organization’s continuing racket of poisoning the country with weaponry and defending murdering maniacs?