And this cover reaches out with a supple and sexy tentacle to wrap around my neck and draw me in closer, where it whispers “buy me.” It helps that the author is very, very good, so I can trust the content will be excellent, but oh what a hook. 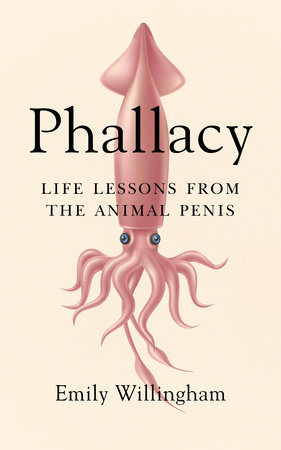 Phallacy: Life Lessons from the Animal Penis will be available on 22 September. You can get in line now.

Finally! A book that will truly understand the male condition.

Atheists & Christians learn to tolerate the right kind of hate » « This is just the tackiest pseudoscientific ménage à trois ever, someone turn off the soap opera