That’s a hard question, with a lot of different answers — I’m more accustomed to addressing a similar question, “why do people believe in creationism?”, and I agree with one of the assertions of this blogpost that says flat-earthers (and creationists) aren’t necessarily stupid. It’s true! The problem with these misbegotten questions is that smart people get derailed into defending them, at painful length. It’s tragic, because these are people who are deeply interested in what are scientific questions, and they’ve become committed to the wrong answers, because humans are better at deciding their presuppositions are correct, rather than in questioning whether they might be wrong. So I’ll accept half of this statement.

I, as many people in science communication, am fascinated with flat earthers. Here you have a group of people steadfastly rejecting evidence that’s right in their face. Today, I want to tell you why I nevertheless think flat earthers are neither stupid nor anti-scientific. Most of them, anyway. More importantly, I also want to explain why you should not be embarrassed if you can’t remember how we know that the earth is round.

The part I disagree with is the claim that they are not anti-scientific. Not stupid, sure, but the whole problem is that they are using their intelligence to promote anti-scientific perspectives. I think the author is trying too hard to be charitable and infer a shared respect for the scientific method. I also think she’s fitting the breadth of weird views into too narrow a range, even while acknowledging the diversity of flat earth beliefs.

But first I have to tell you what flat earthers actually believe and how they got there. The most popular flat earth model is that of a disk where the North pole is in the middle and the south pole is an ice wall on the edge of the disk. But not all flat earthers sign up to this. An alternative is the so-called bipolar model where both poles are on the disk, surrounded by water that’s held by a rim of something, maybe ice or rocks. And a minority of flat earthers believe that earth is really an infinite plane.

Here’s a problem: I’m not an expert on flat-earth belief, but I’ve seen the documentary Behind the Curve, and a scary number of YouTube videos, and I’ve never seen this claim that the flat earth is constantly accelerating upwards. Most of the stuff I’ve seen is people also freaking out over the idea that the earth is in motion, spinning and moving through the universe. It’s the notion of movement that is part of their objection. 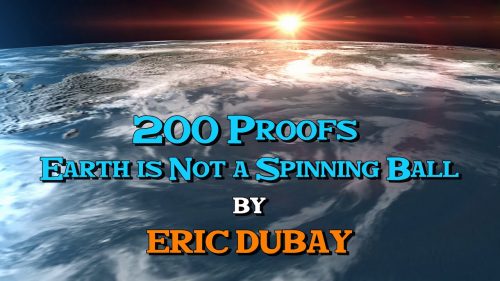 They do often deny the reality of gravity (and also of space, in general), but the most common explanation is “density” — that denser objects sort of “sink” downwards, which kind of misses the question of what defines “down” in the first place. Their rationalizations are an incoherent mess, and there is a multitude of bad explanations. Should we give them credit for honestly trying to answer the question, but being hindered by a weak notion of evidence? Like creationists, flat-earthers do seem to only be aware of evidence from personal experience, and are unpersuaded by mathematical abstractions or theoretical considerations or observations that aren’t a product of simple eyewitness interactions.

Where I object is in the idea that their disagreement ought to be taken seriously philosophically, or that they are really trying to address a question scientifically…they just lack the tools to get the answer.

What’s wrong is that flat earthers’ claim they are leading a scientific argument. But there is no scientific argument about whether the earth is flat. This argument was settled long ago. Instead, flat earthers’ argument is about whether you should trust evidence that other people have collected before you. And it’s an important argument because this trust is essential for society and science to progress. The only alternative we have is that each and every one of us has to start over from scratch with birth. You see, flat earthers would eventually figure out the earth is round. But it might take them a thousand years until they’ve reinvented modern science.

This is why I think scientists should take flat earthers’ philosophical problem seriously. It’s a problem that any scientifically advanced society must address. It is not possible for each and every one of us to redo all experiments in the history of science. It therefore becomes increasingly important that scientists provide evidence for how science works, so that people who cannot follow the research itself can instead rely on evidence that the system produces correct and useful descriptions of nature.

Except there’s a fundamental misapprehension here that they want a correct and useful description of nature. They don’t. They have a conclusion already, and what they actually want is a rationalization that only looks scientific that delivers them to their desired answer. That is the opposite of scientific reasoning. They want validation, preferably in the form of buzzwords from physics or biology or whatever discipline they realize has more credibility than their uninformed speculations.

Ultimately, most of these people are trying to defend religious beliefs. Many of them are painfully overt about it — the Bible says we were created in 6 days, or that the Earth is flat and has corners — and openly declare that science is atheistic and not to be trusted. Scratch a creationist or a flat-earther, and you’ll typically find a religious zealot.

Again, that doesn’t imply that they’re stupid. The most effective supporters of their religious beliefs have been smart people who are very good at twisting logic to deliver their predetermined conclusion. Look at Philip Johnson, for instance: a clever, educated man who used lawyerly logic to support an unscientific claim of Intelligent Design creationism, and he was darned effective.

What I’m saying is don’t underestimate your opponents, don’t assume they’re ignorant yokels, but at the same time don’t give them credit for sharing your appreciation of rational, scientific thinking, because that’s not what they’re doing.

Be excellent to one another! » « The RNC is a racist, criminal organization, and the US is run by a mob family